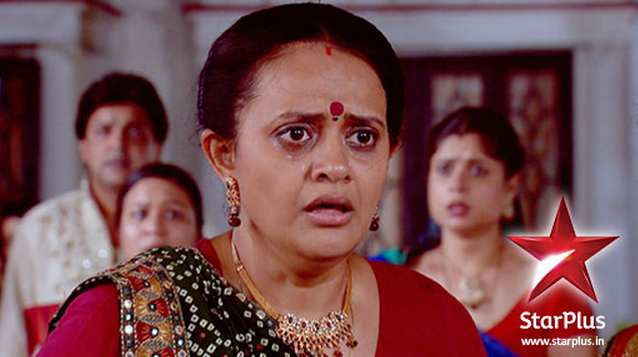 Jigar has gone missing, thanks to the memories of his lovely wife Rashi. Jigar can’t bear the fact that Rashi died and is no more between them. Gopi consoles Tolu Molu by much difficulty and gives them strength to accept Rashi’s death. Rashi’s cousin Paridhi thinks to surprise Jigar with the starts projector, but things go wrong and Paridhi’s face gets blackened because of the short circuit. She just wants to bring happiness back in Jigar’s life. Jigar goes from the house and does not come back for long hours, making everyone worry for him. Paridhi gets worried for Jigar, as she is developing feelings for Jigar, and can’t see him in pain. Paridhi tries hard to find Jigar and helps Ahem.

Hetal and Kokila are worried for Jigar. They start crying as the time increases. Urmila gets angry on them, and asks them to think whats her state, if Jigar went missing for few hours, they are breaking down, just imagine her state who lost her daughter forever and knows she will never return home. Hetal and Kokila pacify Urmila. Urmila is in no mood to calm down. Kokila asks her what she does want from them, as she understands a mother’s pain. Kokila and Urmila have an argument. Urmila says yes, she definitely wants something from them. She asks the Modis to give Tolu and Molu to her, along with Rashi’s rights on the Modi Bhavan and the property. She asks them to give Rashi’s rights to her sons, to make the kids’ future secure, as she is afraid Gopi will take everything under her control post Rashi’s death. Kokila is stunned. Will Urmila divide the Modi family?

Jigar comes back home after a long time. Everyone question where have he been and why did he go out alone like this. Jigar walks to Rashi’s pic and talks to her. He gifts her a diamond necklace and places on her pic. He tells everyone that Rashi has always asked him for a diamond necklace, which he promised her, but could not gift it to her in her lifetime, so he went to buy one now, to fulfill her wish. Jigar cries breaking down and Paridhi feels bad. She feels proud of Jigar, to be such a loving husband and her feelings for him gets more strong. Will Jigar accept Paridhi in his life for Tolu Molu’s sake to give them a mum? Urmila fumes seeing Paridhi and Jigar close, what will she do? Keep reading.