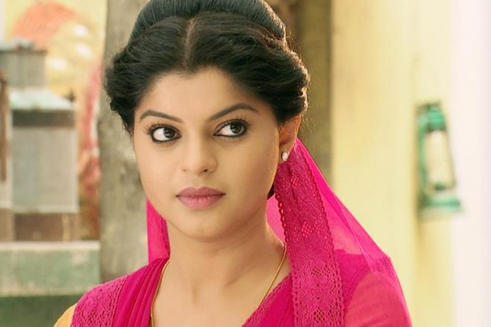 Ranvi has been lying to Gunjan as he does not want to make her worry for a new home. He takes Anmol’s help and agrees to sing in the bar just to get some advance and shift to a new home with respect. He tells Gunjan that he got a good chance in singing in films, as he sees her having high expectations from him, and could not break the truth to her about singing in a small bar. Gunjan thinks to visit Ranvi at the hotel address and heads there. She comes to know its not a music studio but a bar where Ranvi is spending his singing talent, just to survive in costly city like Mumbai. Gunjan is shocked and feels sad for Ranvi. Ranvi and Gunjan have an emotional moment of support and togetherness.

Megha Kapoor (Shibani Kashyap) who spotted Ranvi at a music studio initially having heard his singing, and then saw him at the bar, showcasing his talent. She is impressed by Ranvi and seeing him to be immensely talented, she decides to groom him and lead him to the steps of success. Megha was a popular singer years ago and she has quit singing for some reason, but could not end her passion for it. She wants to revive her passion through Ranvi and make him take her place in the industry. Will Ranvi be able to find the reason and bring her career back on track too?

Veera and Baldev’s hide and seek love is known to just Nihaal in the pind and Nihaal is very supportive knowing both of them since childhood. Baldev and Veera have some cozy moments and Ratan is shocked witnessing their love affair. Ratan likes Baldev, but as Veera’s life partner will he be good and justified in Ratan’s eyes? Veera and Baldev are still dating and want to marry later, but with families getting involved, where will their love track go? Will Ratan accept their love? Yes, she will accept their love as Nihaal will support Veera and Baldev, and finally convince her to give a nod. Keep reading.