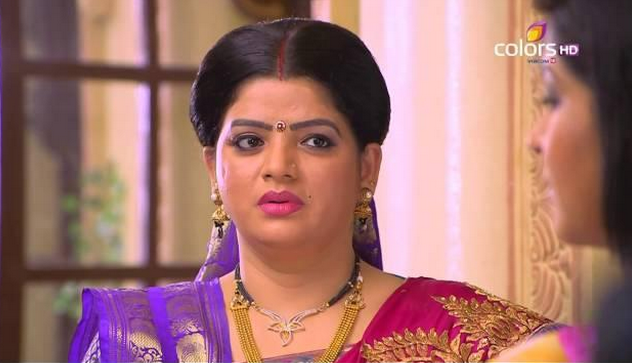 Everyone is missing Chakor at home and neighborhood. Chakor was very lively and got happiness under everyone’s lives by her small and impactful attempts. She is gone to the haveli now, as Kasturi and Bhuvan lie to her that she is going just for a day as Bhaiya ji called her to helping in Jhulan function, Chakor is glad and rushes towards the haveli, only to get stunned as the main gate closes after she steps in and becomes a big barrier between her and Bhuvan, or should we say between her freedom and caged life.

Bhaiya ji is angry and ready to punish Chakor, but Tejaswini calms him down and uses her sharp mind. She talks to Chakor very nicely, so that she should not complain about them to the NRI investors. She asks Chakor to play with the kids, and also become a part of the Jhulan function. Chakor gets lucky as she becomes the Radha and sits with Vivaan being Krishna. They look good sitting on the Jhulan and everyone around looks intentionally happier. Tejaswini asks Bhaiya ji to trust her and goes ahead to bring Vidya, Khanna, Sehgal and other NRI investors.

Tejaswini shows her humbleness to Vidya by showing what respect they have given to Chakor, and maintains the fact that they treat the worker’s children as theirs, and having shown Chakor and Vivaan sitting equally well on the Jhulan. Vidya is impressed and thinks she got a wrong impression about them before and made a bad decision of ending business ties with them. Vidya gives a nod to their Rs 2000 crore business deal and hugs Tejaswini. Bhaiya ji is very much glad that Tejaswini got back his pride and profit.

The NRI guests leave as the Jhulan ends. Chakor is treated badly within an instant and Tejaswini orders Girija to throw Chakor to the dark room. Chakor is locked in the room and is clueless why they are limiting her. Tejaswini vows to make Chakor’s life a much troubled one. Chakor waits for Bhuvan to come back and free her, as Bhuvan told her that he will come in evening and take her come. Soon, she will be facing the bitter truth of the stamp on her hand that she is mortgaged to Bhaiya ji by her parents and now she has no way to go back home. What will the little Chakor do now? Keep reading.