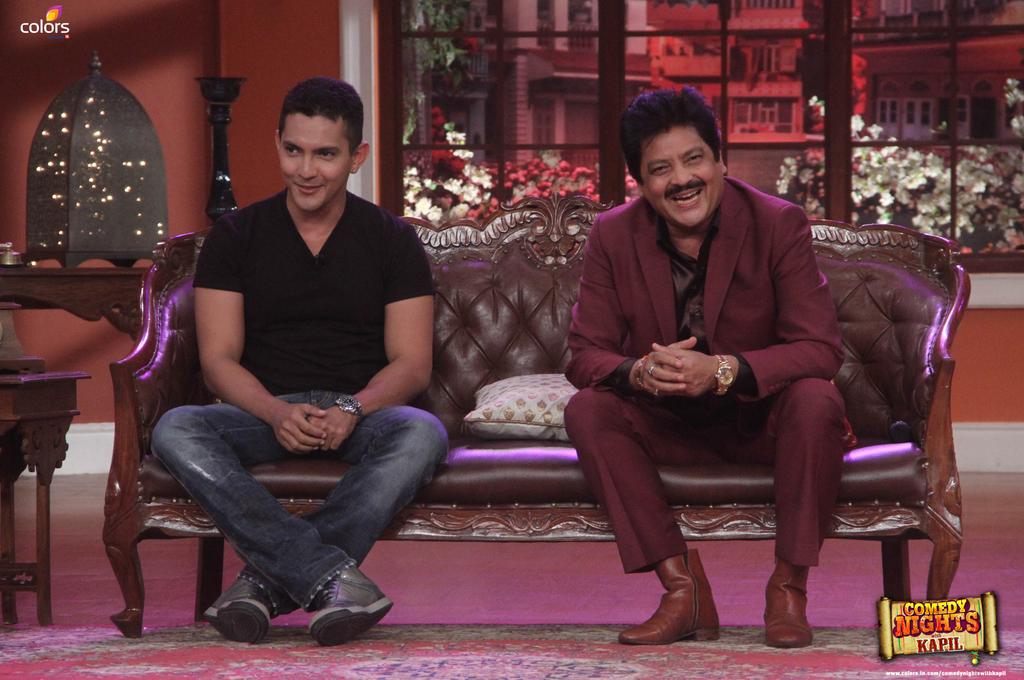 The show starts with  Udit Narayan comes on the stage while singing Aaja Re… Mitwa song from the movie Lagaan. He comes on stage and sings the song effortlessly and gets the applause from the audience and then Udit ji’s son Aditya comes on stage after touching the ground as a goodwill gesture and for auspicious reasons.

Aditya then sings the Papa Kehte Hain song and hugs his father. Kapil comes on stage and greets the father-son duo as smiling and melodious singers and refers Aditya as the super-talented son of Udit ji. People applauds them and Kapil asks Udit ji that whenever he sings he carries a smile on his face and asks whether he gets payment in advance for his work. Udit ji and Aditya smiles on that thought from Kapil. Kapil asks Aditya whether his father Udit ji has given him some tips regarding the industry. Aditya replies that on professional matters, his father speaks less but to the point. He speaks that his father gives more advice on the personal front like about girlfriends. Kapil becomes surprised and Udit ji smiles. Aditya then goes on to say that his father has advised him to not run after one girl in life always. Siddhu speaks that Udit ji’s advice is 1 wife and many girlfriends bringing smiles. Aditya speaks that 80 % of the girls who come to meet him suggests that his dad is so cute and they say that OMG… I want to eat him up.. bringing laughter. Kapil then speaks that girls are speaking such line and calls it new funda and asks them how can they eat him ? Laccha comes there with his buffalo and speaks that petrol prices have lowered down and makes a taunt on Bittu Sharma. Laccha then informs Aditya that his buffalo – Bijuriya have got a break-up with her boyfriend some days ago.

Bittu makes a taunt at Laccha asking him whether he is the boyfriend of Bijuriya. Laccha tries to clarify but Bittu doesn’t listen. Laccha wants Aditya to entertain so that Bijuriya can go with happiness. Aditya then sings the song – Ram ji Ki Chaal Dekho… from the movie Goliyon Ki Raasleela Ram-Leela. Laccha dances on that song and for the hair cleaning step as done in the song, Laccha splashes the same move on buffalo’s hairs and then on to his own hairs. Udit ji and Aditya also replicate the same step. Laccha feels happy and asks Bijuriya about being happy and gets the usual sound. Sooner then, Gutthi comes on stage and wants Dhanno to run and calls herself as Basanti and thinks of an imaginary horse (Ghodi). She speaks on being there for a cause and wants to re-direct Sholay movie. Bittu informs why to re-direct Sholay since it is a good film. Gutti then replies of making a movie – Sholay Bature bringing laughter and speaks that there is a promotional song for her movie and big singers like Sonu Nigam, Alka Yagnik, Shreya Goshal, Sunidi Chauhan has said NO to that song and then Aditya asks who will sing her song.

Gutthi wants Aditya and Udit ji to sing her song and Udit ji feels obliged to do so in humorous way. Gutthi speaks that she is ready for dance when Udit ji and Aditya will sing the song. Udit ji then sings the song – Koyal se Teri Boli.. Cuckoo Cuckoo while Gutthi touches the floor and puts her balance on it and then creates an imaginary tail and moves it on that song to depict herself as a cat and also moves her body and then creates the Meow sound of a cat. At the end of the song she becomes tired and falls flat. She suggests that though she wanted to enact of Koyal the bird but when the door opened there the cat came inside and Koyal fled from there so she enacted as a cat since the show must go on bringing laughter. Bittu then wants Gutthi to come close to him and wants to sing a song for her. Gutthi comes close to Bittu and feels shy and he sings the song – Mera Dil Main Aaj Kya Hain.. Tu Kahe To Main Bata Doon.. and Gutthi with much sincerity and finesse wants him to tell what he wants to say to her. Bittu then shouts Get Out to Gutthi which was unexpected for her. Kapil signs off by saying that people keep smiling and laughing which is also his show’s purpose. Udit ji ends the show on a happy note by singing the song – Phir Bhi Dil Hai Hindustani song and along with Kapil, Daadi, Laccha are also seen on stage with Gutthi and they grooved on that patriotic song. 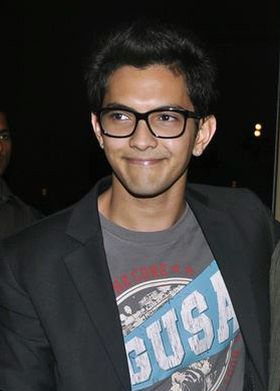 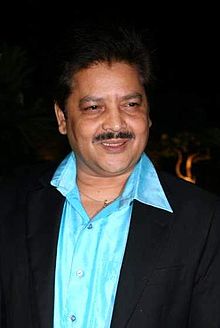