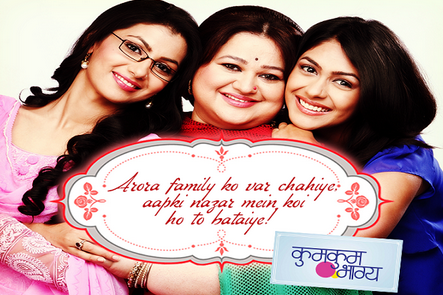 Aaliya’s anger is at the peak as she sees Purab and Bulbul together outside the hospital where Sarla is admitted. Purab came there to pacify Bulbul and give her strength in this tough time, but Aaliya and Tanu arrives there. Aaliya loses her mind and holds Purab’s collar asking why did he run after the marriage mandap leaving her alive and cheating her. Bulbul comes in between and makes Aaliya away from Purab. Aaliya emits more heat on her and holds her neck to kill her being so angry as she is the reason for Purab not marrying her. Aaliya taunts her badly and even pushes her on the car to hurt her. Tanu tries to stop Aaliya as this road scene makes their fight public. Tanu enjoys it in her heart.

Purab tries talking to Aaliya asking her to leave Bulbul, as she is not responsible for this. He says it was his decision to run away from the mandap and Bulbul did not even know this. He asks Aaliya not to blame Bulbul and makes her away by pushing her. Aaliya rages and again tries to hurt Bulbul. Purab saves Bulbul and in this attempt, his anger rises and he tightly slaps Aaliya showing his guts for the first time. Aaliya and Tanu are stunned. Aaliya feels her humiliation and Purab asks her to just leave. Bulbul hugs Purab and cries, annoying Aaliya even more.

On the other hand, Bulbul is worried by Aaliya’s anger and that her love will make Pragya’s permanent exit from Abhi’s life and home. She decides to marry Suresh and keep Purab at bay. An annoyed Purab will then go ahead and marry Aaliya, just to reply Bulbul. The lovers will part ways only for Pragya’s sake and we have to see where will this big sacrifice take them. Keep reading.