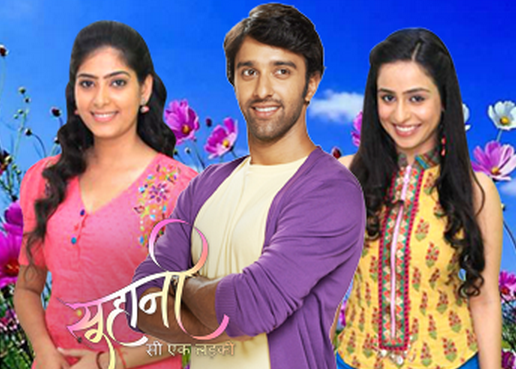 Yuvraaj insults Krishna by going his home and asking for the expensive saree he bought for Suhani. He makes Soumya realize what she lost by rejecting his love and marrying Krishna. Soumya is sure of her love and calms an angry Krishna. Krishna misunderstands Soumya for crying, and feels she is regretting marrying him. Soumya tells him that good clothes and jewelry does not matter to her, and she needs his love, which is her strength. Krishna hugs her and asks her to relate to Suhani less, as Yuvraaj will not leave a chance to insult them.

Suhani’s birthday is forgotten by Yuvraaj and he celebrates Snoopi’s birthday, but when he realizes knowing about her birthday, the entire family gives a surprise party to Suhani. Suhani’s family and Soumya come to give their best wishes to Suhani. Yuvraaj treats Suhani well and gets romantic with her in the party to show off to Soumya, how much he loves Suhani and has moved on in his life. Soumya is happy for Suhani, but an angry Yuvraaj insults her further. Rags and Menka enjoy the taunts on Soumya. Pankaj scolds Yuvraaj and Dadi overhears them. She asks Yuvraaj about Pankaj being angry on her and sees Soumya there in the party. Dadi thinks to find out what happened between Soumya and Yuvraaj. Suhani gets happy seeing Yuvraaj’s love for her and does not know its Yuvraaj’s plan to make Soumya jealous. She acknowledges his love smiling and kisses him, shocking Yuvraaj. Will Suhani win Yuvraaj’s heart? Keep reading.