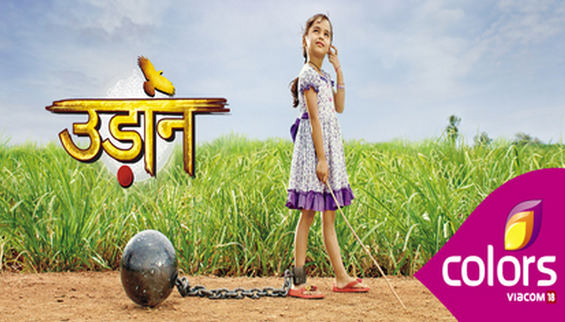 Tejaswini has always given the evidence of her cleverness by being the backbone of Kamal Narayan (Bhaiya ji). She has always helped him in taking political decision. She has no pity for anyone and makes Bhaiya ji cruel by her evil support. She has planned to make Chakor’s parents make a FIR against Ishwar for kidnapping Chakor. Meanwhile, Ishwar had made Chakor talk to her parents and also cleared the matter that he did not kidnap Chakor, and Bhaiya ji is responsible for this. He asks Bhuvan to come over to Lucknow so that he can help them and many people to get freed from bonded labor. Bhuvan is afraid of Bhaiya ji and does not want to risk his family’s lives.

Bhuvan tells Kasturi that they will not go Lucknow. Chakor is expecting her family there, but is shocked seeing Manohar. He comes there to threaten Prabhakar taking Bhaiya ji’s names and asks him to free Pasha and Khalasa so that they can’t point to Bhaiya ji. Prabhakar is helpless as he knows Bhaiya ji has sent the goons, but asks Ishwar not to take any step as their family can be harmed. Ishwar is not scared and holds Manohar’s collar asking him to leave from his house, and his father won’t free the goons. Prabhakar and Ishwar have an argument over Bhaiya ji and Chakor. Prabhakar thinks Ishwar I risking his family just for the sake of a bonded girl. Ishwar insists to seek his help as it’s a matter of thousand lives.

Prabhakar and Ishwar have different opinions and Tejaswini tells Bhaiya ji that she has only one weapon against Ishwar, that’s his father Prabhakar Rawat. Aditya explains Vivaan that Chakor did not cheat him, but she was helpless to meet her mum, so ran away from the stable. Vivaan understands, but Ranjana asks him to be away from Chakor, and his father Manohar too. Vivaan misses Manohar a lot and can’t hurt Ranjana by meeting him. Manohar decides to take back Vivaan with him, but Ranjana does not allow him. Manohar is angry as this happened because of Chakor. Later on, the Diwali track is coming ahead, where Kasturi is missing Chakor at home and Chakor is happily celebrating Diwali at Ishwar’s home. Will the Haveli people succeed in dragging back Chakor? Keep reading.