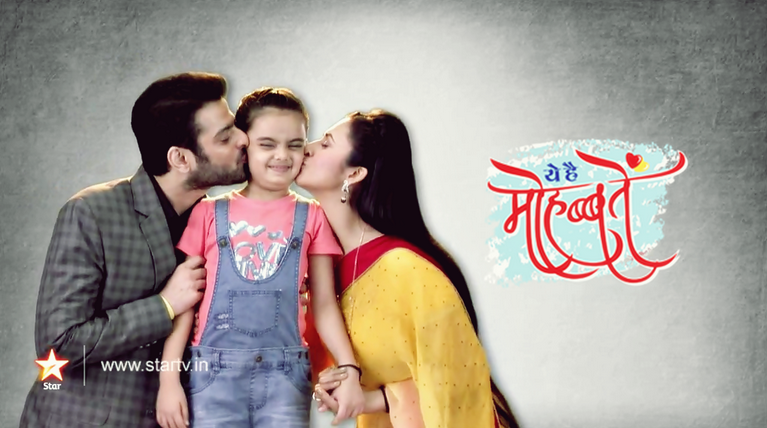 Simmi has done a good thing after a very long time, post her mind gone mad for Parmeet. She now realized that Ishita and Mani have saved Raman’s reputation, which she was risking by making Romi run away. She regrets to get used by Parmeet and Ashok. She heads to Raman to tell him the truth, how she has made Romi run away and convinced him not to marry Sarika. She tells him Ashok’s plan to use Sarika in the Asia’s head business party and spill beans on his hardwork. Raman asks her why did she not tell this before. She tells him she was afraid to disclose anything, and Ishita and Mani being behind his success, to make him win the Asia’s business head by ruining Ashok’s plan. Raman thinks he was wrong, and evaluates Ishita and Mani’s meetings for the same work, and how Ishita did not tell him anything about this matter.

Raman goes to apologize to Ishita. She is in no mood to hear him, and scolds him seeing her gifted bracelet thrown. She says he does not value her, and her gift. Raman says he is human and he did a mistake, and says sorry. She says Raman will always get angry on her and keep taunting. Ishita does not accept his apology and is worried about Shagun’s command to send Ruhi in all her marriage functions. Raman asks about Ruhi being worried for her. Ishita taunts him thanking Lord that Raman knows Ruhi is his daughter. Ruhi gets upset knowing about Shagun’s second marriage and leaves from home. Meanwhile, in Romi and Sarika’s story, we expected Romi to change post his accident, and he is still blaming Sarika for his condition. Sarika gets angry and heartbroken to see Romi can never change and she did a mistake trusting him. Later on, Romi realizes his mistake knowing his health disabilities and apologizes to Sarika, saying he will marry her and wants the child. This time, Sarika refuses his proposal. Romi tries convincing her for marriage and giving name to his child. Simmi too supports Romi and Sarika this time, believing Sarika is right. Will Sarika agree to marry Romi?

Its Diwali time, Ishita is troubled in the happy time, as Ruhi is missing. She sees a girl near the crackers and runs to save her, assuming she is Ruhi. She then sees its not Ruhi, but someone else. The Bhallas try finding Ruhi. Ishita does not know where did Ruhi go. Ishita knows Ruhi was upset by Shagun’s remarriage, as kids were teasing her in school. Ruhi is not with Iyers too, and she gets more tensed. Mrs. Bhalla and Iyers help Ishita in finding Ruhi. We hope Ruhi brings Raman and Ishita closer? Keep reading.