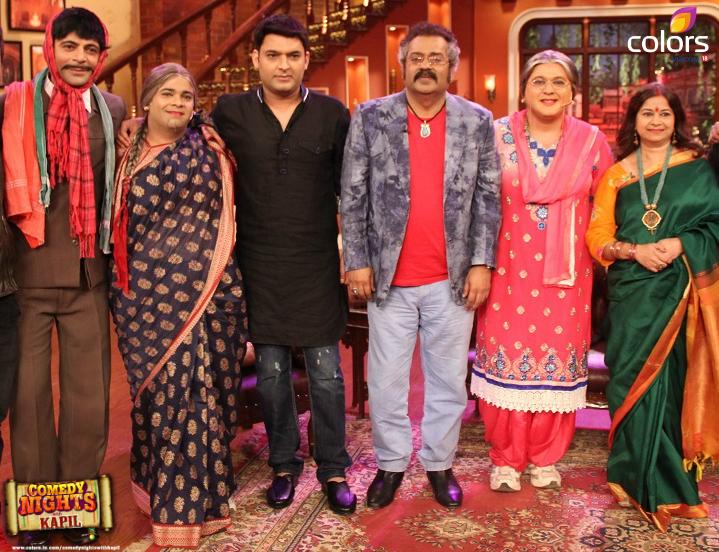 Kapil starts the show and sings the Tu Hi Re..Tere Bina Mein Kaise Jiyo song (from the movie Bombay 1995) and soon he is joined by legendary singer Hariharan who starts from the Chahat Hain Agar Aakar Mujhse Miljha Tu line of the song and completes the song well with finesse and charm. Singer Rekha Bhardwaj joins them and sings Phir Leya Majboor Kya Kijiye.. Woh jo adhoori si baat baaki hain.. Woh jo Adhoori si yaad baaki hain song. Kapil asks whether she thought to come on his show during her marriage ceremony. She begins to laugh on that note and speaks that Kapil is actually very funny. Kapil speaks about the scene with Hariharan ji changing his song according to the whims of the policemen who showed some force in demanding a hit song. He then changes the song tune from Tu Hi Re to Munni Re.. Teri Kahan gaye Chunni re Aaja Re.. Aake Leja zara Chunni Re… song invoking laughter.

Kapil asks Hariharan to sing a song for the audience who are his fans. Hariharan sings the song Tere Bina Zindagi Se Koi.. Zindagi toh Nahin. (from the movie Aandhi, 1975, Kishore Kumar and Lata Mangeshkar). Rekha ji also joins him and sings the same song well. Sunil Grover aka Gutthi is portraying the role of Banwari Lal, a guy well dressed in suit while wearing some cloth muffler. Kapil asks how come he is there and with whom permission. Banwari lal replies by taking his own permission invoking a laughter because God remains inside and thus he listened to God and came. Bittu reminds that he had a hole in his heart and makes a taunt on God’s stay in his heart on a lighter note. Banwari lal speaks of being told to eat an egg everyday by the doctor and he ate them for 2 days thereby filling his hole. He also suggests about the difference in size between egg and hole in the heart and also speaks of giving out an egg since it was extra. He introduces himself as a writer and speaks of going to be famous in his area for Bhojpuri lyrics.  Moreover, he suggests on nobody heard his songs until now since they are not out in open. He then informs Tu Hi Re which he has prepared and Hariharan ji counters by saying that it has been written by him which he also sung. Bittu speaks that Hariharan ji has sung that song in the movie Bombay. Banwari lal replies that he has prepared the song for Jaunpur city and not for Bombay thereby sticks his point.

Banwari Lal speaks of preparing another song – Sugar Ishq ka and Rekha ji replies that the song is Namak Ishq ka (from the movie Omkara) which has been sung by her. He replies that in Bittu’s home the exact location of sugar and salt cannot be known. Daadi and Pankhudi aunty comes next with a bang. Daadi first greets all with much respect and Pankhudi also greets. Pankhudi greets Hariharan ji and speaks of regarding him as her teacher by heart. Daadi at her end calls Hariharan ji as her ponytail cowboy bringing smile on his face and also on Rekha ji. Pankhudi gives her teaching (Gyaan) to Rekha ji by suggesting that she should not sing Namak Ishq ka song 10 to 20 years later since she can get blood pressure because of salt intake but now it is fine. Rekha ji gets a laugh on that note.  Daadi wants Hariharan ji to sing a song with Sur (rhythm) so that she can get vibrations and also the pain in her back/slipped disc will go away fast. Hariharan ji sings Aaja Aaja..Main Hoon Pyaar Tera song (from the movie Teesri Manzil, 1966).  Daadi and Pankudi starts dancing with much energy and makes him join in the dance as well. Daadi gives her standard kiss to Hariharan ji since he has sang and listened to her. Kapil ends the show on that happy note and asks viewers to keep smiling, laughing and keep watching his show. 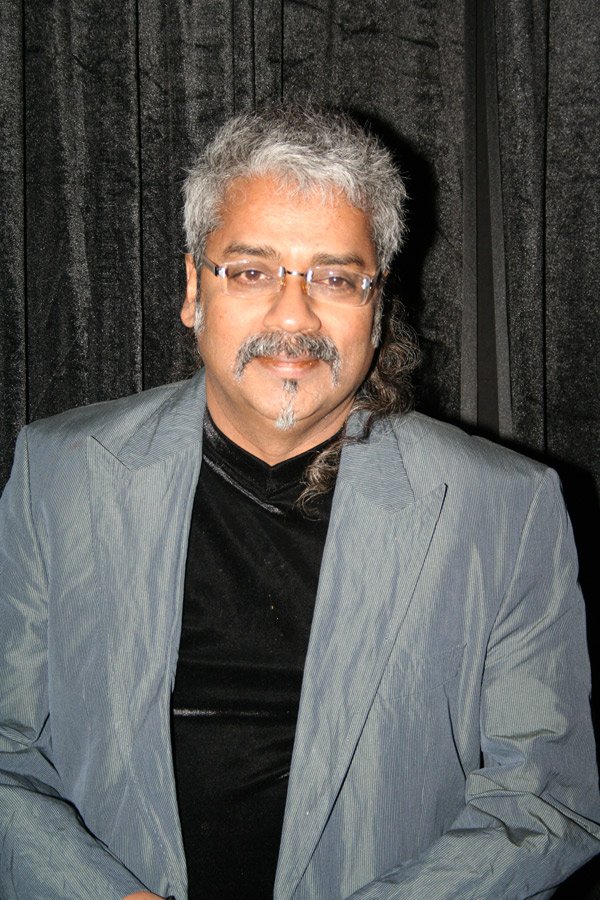 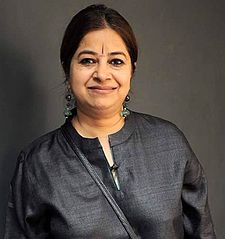 * Rekha Bhardwaj is an Indian playback singer.
– Started her music career from 1997.
– Won her first Filmfare Award for Best Playback Singer (Female) for the song “Sasural Genda Phool” in 2009 for movie Delhi 6. Won second filmfare award in 2012 for playback singing and shared with Usha Uthup for the song – Darling from the movie 7 Khoon Maaf.
– She is married to Vishal Bhardwaj – well known director, producer, music composer and lyrics.
– Wikipedia page of Rekha ji to know about her career.