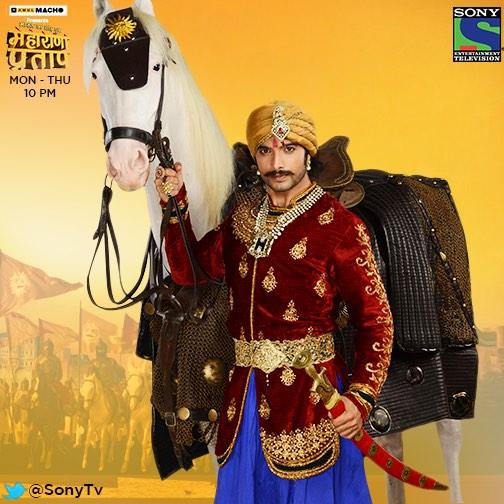 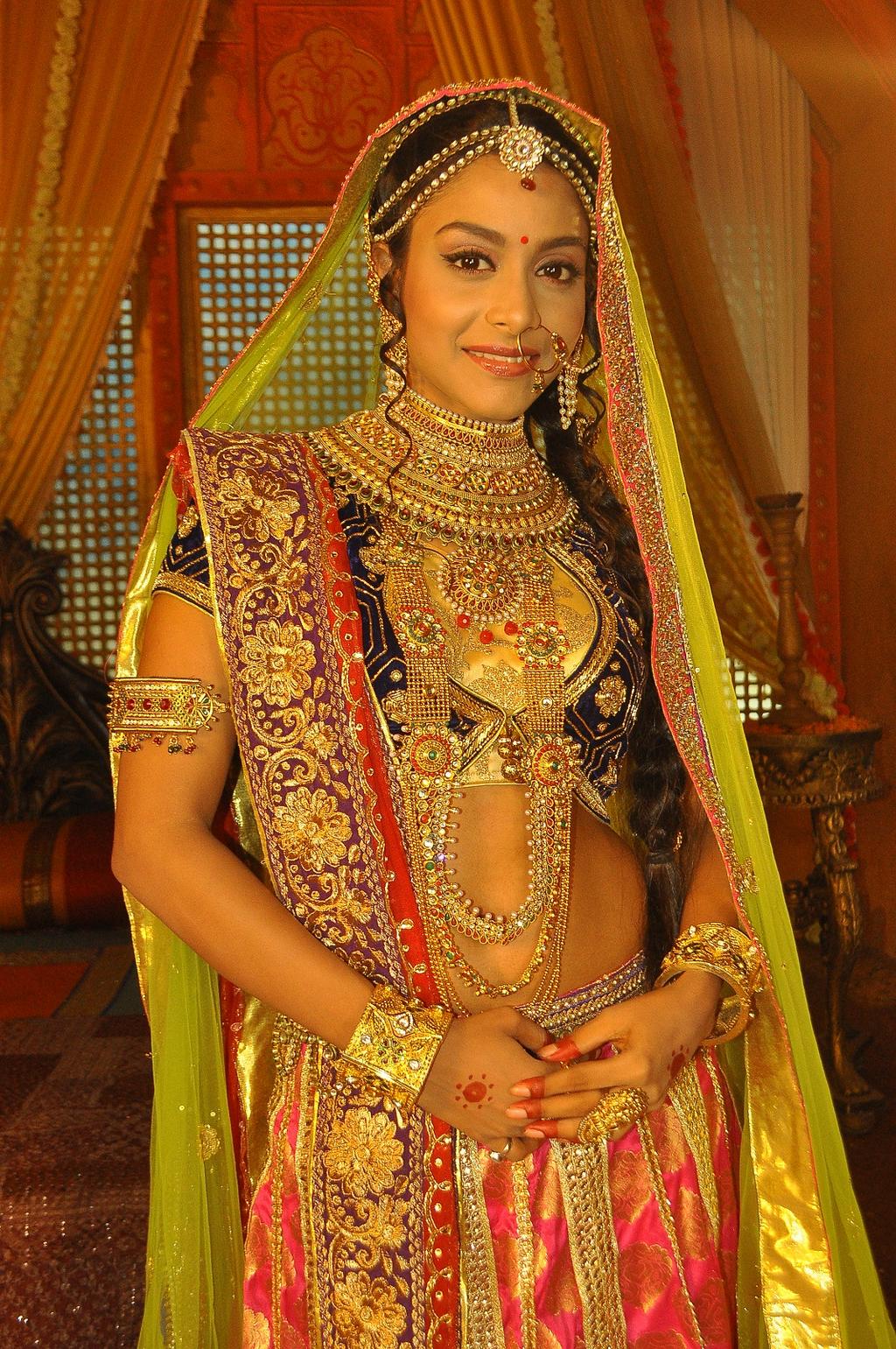 Ajabde at her end is held captive in a cage by Badshah Khan and she reminds him how young Pratap has dealt with Afghan men including his father Shams Khan. While, Pratap cut the hand, leg of couple of Afghan men who attempted to abuse Mewar’s women but he has killed Shams Khan. For this reason, Badshah Khan has revenge plan motive against Pratap. Ajabde is in a hanging cage in air with marshy pit (daldal) below and got that treatment since she spoke harsh words which had added more salt to his wounds while also threatened him with dire consequences from Pratap but in vain. Ajabde’s life being put at risk with the cage can fell in the marshy pit below once the sand rag gets empty. Badshah Khan’s plan to nab Pratap approach is two-fold: via ground and aerial. He orders deputy Mansoor to build a rectangular pit nearby with sharp weapons pointing upwards and it should look like a grass area. For the aerial approach, Mansoor and his soldiers should be hiding atop the trees like snipers aiming at approaching Pratap. He is confident that either one of them would work and Pratap will get caught and arrested. Badshah Khan believes that they can attack Pratap from behind unlike Pratap and Ajabde’s principled stand.

Pratap is inching closer to Ajabde’s location and meets Chetak on his way who has dropped Patta safely in Bijolia. He also learns that Chetak can hear, understand his language and thus a very special horse. Chetak also understands Patta and other persons related to Kunwar Pratap which Pratap isn’t aware of. Pratap moves forward with his horse and wants Chetak to take some rest. However, Chetak runs faster than Pratap to face and measure danger first and to be a shield/defend his friend/master Pratap. Chetak will find the pit trap to reveal its presence so as to protect Pratap from falling into it with his special abilities. It is certain that Pratap will save Ajabde from Badshah Khan and his men thereby foiling their plans. For the second trap of aerial snipers, Will Chetak come up with some development (develop a haze) thereby obscuring and foiling the snipers’ plans to pinpoint and attack Pratap ? With Chetak’s help in guiding him, Pratap would save Ajabde’s life within time with Badshah Khan and his men biting the dust. Other questions, What Rawat Singh ji is doing at his end as earlier he learnt via special message from Pratap about an insider in Mewar’s place being involved in a conspiracy against Bijolia and its people ? After saving Ajabde out, Will Pratap and Ajabde inch more closer in reconciling their differences ? [As Dheer Bai’s actual truth is not yet revealed to Pratap].

Earlier, Baiji lal aka Ajabe learnt that Pratap (Ashwapalak) is Kunwar Pratap from Dhaman Singh who wanted to harm Kunwar Pratap based on Dheer Bai and Jagmal’s instructions but his plans failed. Badshah Khan attacks Bijolia upon Parvat Das’ signalling (and poisoning soldiers in palace) and Ajabde fights valiantly and kills Afghan soldiers but Patta gets wounded by him at his back. Chetak comes there and fights with Afghan soldiers but soon caught and roped. Ajabde fought with Afghan soldiers but subsequently she was caught and taken away in a cage. The larger plan of Badshah Khan is Kunwar Pratap’s coming to the rescue of Ajabde which will make him an easy target for the attack. Chetak gets rid of himself from robes and helps Patta by taking him to Pratap who then passes on the message of Afghan attack and abduction of Ajabde (Bijolia’s respect) by Badshah Khan. Pratap got enlighten with Meera Maa on following Raj Dharma and leaving aside his personal differences just before meeting Patta. Pratap gives his word to Patta in bringing back Ajabde safely from Afghans and he designates Chetak to take Patta safely to Bijolia for treatment. Keep Reading.