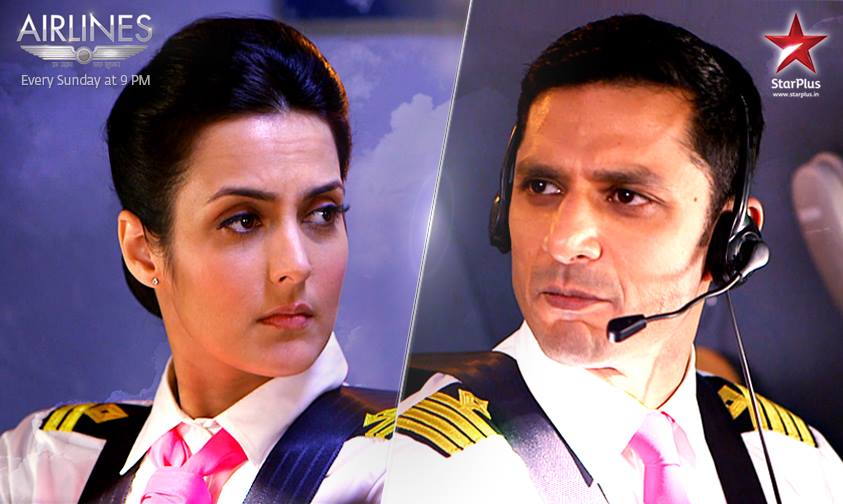 Aakash’s identity is revealed to the people who are conspiring project ID 2877 with INDE Airlines. Aakash’s senior boss at Defence Intelligence Bureau (DIB) comes to know of lurking danger on Aakash’s head since an informer has been killed in the disguise of an accident. He tries to call Aakash to inform the same but he was busy with swimming and didn’t took the call. Aakash gets attacked inside the swimming pool at the hotel by some men and once he becomes unconscious inside the pool they leave. Ananya developed suspicion since Aakash didn’t came out from swimming pool even after several minutes. She swims to take him out and soon discovers his head injury and also his unconscious state. She is shocked but with timely medical services Aakash would recover from his head injury at the hospital. Aakash have saved Ananya’s life on couple of occasions – hostage crisis at Airport, drug racket attack in Goa to name a few and she have saved his life this time. But still, the danger is lurking on Aakash’s head from hostile forces. Aakash is now an active part of an intelligence project to unearth the motives behind project ID 2877 and defending national security is the prime objective. In this context, he also went to a border village as a media reporter earlier to get info on three boys who did the kidnapping and murder of a reporter from Chennai; and also comes to know of project ID 2877.

Rohit Mafatlal at his end was preparing for project X so to upgrade his Airlines and is preparing to hire the best talent and pilots. Rohit will visit Aakash at the hospital after getting to know about his treatment. In his last outing with Inde Air, Aakash have taught a tough lesson to erring youngsters who were drunk on-board and was creating much nuisance and harassment to fellow passengers. One of those youngsters was Rahul – son of Minister of Communications Deen Dayal Verma. Aakash was defiant to punish them and went by rules and those youngsters were made to give the breath analyzer test. That also makes sure they can apply for bail. Though Aakash took a principled stand and is motivated by Ananya but it doesn’t go well with Rohit Mafatlal who is worried about rapport with the Minister and other govt dignitaries. Aakash was happy to give his resignation to Rohit and puts the onus on him. Rohit would not take any action against Aakash. Aakash also learns about Tokyo convention article from Ananya which gives him immunity in such cases.

Coming to Aakash and Ananya unspoken and blossoming love. Ananya have developed genuine feelings for Aakash and is worried for him and even her sister Shefali suggested to her that she loves Aakash. Aakash at his end also got strong feelings for Ananya but since now he is an active member of intelligence and also part of a project to combat project ID 2877 he is being advised by senior boss to keep distance from Ananya. Ananya’s life will be at risk if he comes close to her.  Aakash have started keeping distance from her and tries to sacrifice his love and instead of a hug have just shook hand from her and she felt something odd. Aakash is holding his emotions/feelings of love for Ananya within himself and their current bonding is like – How Far How Near [Kitne Door Kitne Paas]. Ananya is unaware of Aakash’s intelligence background and the reasons on why he is trying to act very formally with her. Will Aakash be able to control his feelings for Ananya ? What would be Ananya’s next steps to unearth the reason behind Aakash’s very formal behavior ?

The intelligence mystery is getting intense and Aakash’s senior boss and his team are keeping a good tab on developments and are in action mode, and there are some open questions – Shefali’s friend Kunal is acting suspicious and doing malicious activity in disguise. Is he part of bigger conspiracy and close to Shefali to access key info regarding Ananya ? How Mahima’s murder mystery is related to intelligence secret project efforts ? Who are behind INDE Airlines earlier engine fire situation, Was it a sabotage executed as a part of a conspiracy ? Why Rohit Mafatlal’s father is on the hit list to get kidnapped – economic or national security conspiracy, Who are the people behind it [They know Aakash is from intelligence] ? What will be the next steps of attackers who tried to kill Aakash at the swimming pool ? Will Aakash be able to quickly resume his intelligence duties ?