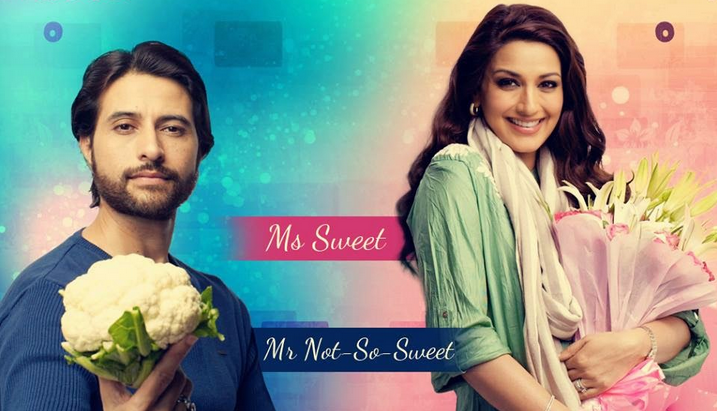 Sharda asks Shobha to give her marriage another chance and take a step towards Samarth, when he is making efforts to keep her happy and bonding well with the kids. While Samarth did not fall in Sarika’s trap to test Shobha’s love, he senses there is something fishy as Shobha is staying aloof. He asks Sarika not to interfere in his life, and he will find out her motive behind this. Sarika thinks once she sets Shobha with Samarth, a heartbroken Vikram will need her shoulder to weep on, and she will get back his love. Shobha sees Samarth spending time with kids, and giving her space to do her work her way, and continue with the job. She feels he is really changing and agrees to Sharda’s request.

Sharda sends them to spend some quality time with each other, and Samarth reminds Shobha of their lovely marriage. Samarth works on his selfish motive to use Shobha in his election campaigns, and create a good husband image by winning her trust once again. While he talks about the past, Shobha speaks out everything related to Vikram, how he made an entry in her life as an angel, a savior, a friend, a mentor and being very supportive and caring towards her family. Samarth gets angry feeling lost in Shobha’s eyes and talk. He feels Vikram has made a place in Shobha’s heart, and hurts her in anger.

Shobha feels hysterical seeing his true face and same odd behavior like before, and feels he cheated her to act goody and win her sympathy for his election campaign. Shobha does not let herself face the physical abuse and fights back, showcasing the confidence that Vikram has filled in her. Samarth accuses her to have an affair with Vikram, and says he understood she loves Vikram. She gets puzzled upon his words, and gives it a thought whether she really loves Vikram, as the whole world realized it, except her. She decides to kick out Samarth from her life for once and all, and recalls Vikram’s love and care. What will be Vikram’s reaction knowing about Samarth’s wrong behavior? Will Shobha and Vikram unite? Keep reading.