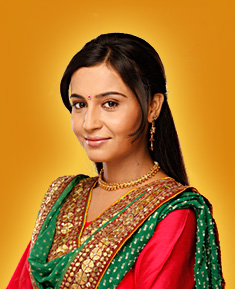 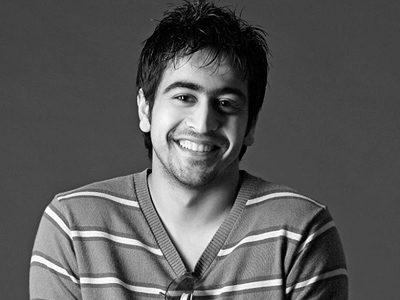 Meiyang Chang (the host) speaks about good and bad things in life are pre-destined and many things come uninvited and give us surprise. Today’s story is of Sapna and Ritesh who lived in Bareily, Uttar Pradesh.

The story starts with Sapna at her home asking her friend on phone to come at her engagement without any fail and then speaks to her mother about buying a ring. She even tells her father and goes at the shop. She finds a thief attacking a man and helps in getting the thief arrested. The thief threatens her while going with the police. The man thanks for her help and she calls him as Uncle. She invites him to come at her engagement. The man turns out to be Ritesh’s father and informs him about the engagement party. Ritesh is glad to attend the party. Meanwhile, Sapna gets abducted by the same goon and she gets physically assaulted and raped. Sapna’s life takes a big turn with the crime inflicted on her. She comes home in that condition and her mother realizes her state. There was engagement event taking place and both families are shocked to see Sapna. Sapna tries to get composure and cries. Sapna’s to be in-laws decide to cancel the engagement and marriage proposal since Sapna faced such situation. Sapna’s mom tries to stop the in-laws and speaks of the shame in the relatives. The boy’s father speaks that her family’s respect is gone and goes from there. Around that time, Ritesh and his father comes there to attend the engagement but to their dismay finds Sapna’s engagement broke down. Sapna’s dad shouts at Ritesh’s dad since he is very upset with her. Sapna decides to leave her home and goes with Ritesh’s dad. She goes on to stay at Ritesh’s home and he helps her in setting down. Sapna is teary eyed and is very quiet and reminsces about the crime inflicted on her and even her ex to be father-in law’s words and even father’s words.

Meiyang (the host) speaks that Sapna’s dreams were shattered in very less time – 1 min and much worse her own has disowned her. Sapna was adoped by Ritesh’s dad but she was remaining quiet and has forgotten to smile.

Ritesh was doing kick boxing and she comes there and he wants to help her. But she speaks on how her 7-year old relationship was broken in just one second. She continues to live with her dejection. There comes an opportunity for Sapna to play a game with Ritesh but she again keeps quiet. Ritesh apologizes to her and suggests she is strong and have lots of self-respect. He asks what she is studying. She replies B.Com Final and he replies on winning and calls himself an awesome player. But Sapna is not concerned much and leaves. Later, Sapna sees Ritesh practicising Kick-boxing and she comes to him and shows interest in learning it. He agrees to teach her punching/Kick-boxing and then begins to show some some techniques. She vents out her anger at the punching bag and shows much vigor. He stops her and thinks she will learn it soon. Sapna starts to become more relax and does cooking and spends more time with Ritesh and his family.. [Dhoonde Jo Hamare Khaas The.. Kinaare.. song plays]. Ritesh’s parents starts liking her and feels awe.

During one evening she prepares a carrot Halwa (sweets) and is liked by Ritesh’s family. Ritesh’s dad opens-up and asks her whether she likes Ritesh. Before she said something, Ritesh’s mother steps in and suggests that even Ritesh likes her and shares some thoughts. Sapna thanks them for helping in her bad times but doesn’t want any mercy on her. She speaks of not in a state to take any decision and Ritesh’s dad gives a promise to not talk with her again on that matter until she is not comfortable. Later, Ritesh comes to apologize Sapna on his dad behalf and asks her to not take it seriously and also opens-up that he likes her. She says its fine and asks his help in her college pre-registration form. He agrees to come with her and suggests they are friends and even asks her to keep smiling instead of being sad. Later, in the evening she was cooking and get burnt in the finger and Ritesh comes quickly and applies the ointment [Thumsa Ha Gaya Yeh Sama.. song plays]. At this point, Sapna smiles and feels happy with Ritesh. Next day, she begins to study and Ritesh comes there and brings a coffee drink for her.. [Hota Pyaar Ka Jaana Nahi Kabhi.. song plays]. Meiyang (the host) speaks that Sapna was getting much respect from Ritesh’s family and she has forgotten her painful past and she was smiling and things were looking bright.

Sapna was practising kick-boxing and punching with Ritesh and soon finds Mahek coming there and hugs Ritesh from behind. Ritesh introduces Mahek as his school friend who is now studying fashion designing in Paris and also introduces Sapna to Mahek. Mahek makes a taunt at Sapna in indirect way and Sapna leaves from there. Sapna is giving a demo of designer clothes in the drawing room to Ritesh and Sapna is also brought there by Ritesh’s younger sister. Sapna looks at them and feels something and his dad notices her. Later, in evening Ritesh’s dad comes to meet Sapna and asks her whether she likes Mahek and he is thinking for Ritesh and Mahek’s marriage proposal. She asks him to ask Ritesh about Mahek. He speaks that Ritesh will listen to him and wants to do quick engagement of Ritesh and Mahek and also needs Sapna’s help. Sapna reminisces some good moments she shared with Ritesh and cries. Next day, Ritesh’s mom wants Sapna to try a dress which is for Mahek and Sapna agrees to wear it. She wears it and looks herself in the mirror and remembers her mother’s pleas to her ex in-laws and Ritesh’s dad speaking about Mahek and Ritesh’s engagement. Later, Ritesh meets Sapna at home and suggests that things are so fast in very less time. He asks whether she is not happy and she learns from him that he is happy. He asks her to come down since more preparations are to be made. Sapna wants to speak with Ritesh but she is interrupted by Mahek’s arrival there. Ritesh begins to leave with Mahek for engagement shopping..[Kahani Khatam Hai.. Ya Shrurat Hone Ko Hai.. tune plays]..

She tries to talk with Ritesh another time but doesn’t get the chance. Later, Sapna decides to leave the home in the evening and packs her bag and also carry teary face. Ritesh’s dad comes to meet her and asks whether she loves Ritesh. She nods her head in approval and he apologizes to her since his plan worked. He informs that Ritesh’s engagement is taking place but not with Mahek and instead with her. He speaks of going ahead with the drama so that she can realize her feelings for Ritesh. He blesses her and leaves. Ritesh comes there and smiles. She shares her earlier concern of thinking to have lost him. Ritesh showers a hug to her [Kehta Hain Khuda…Raabta song plays]. Ritesh and Sapna’s engagement takes place and Mahek also comes there and greets her. Ritesh’s dad speaks about the boy’s ritual will be completed by girl’s parents only and informs Sapna about her parents. Ritesh’s dad informs Sapna that her parents called many times but he didn’t let her speak with them since they would have spoken and discussed the old matter. He wanted to bring her and Ritesh closer and he succeeded in that front. And since now they are going to get engaged so he has invited her parents and asks her to take their blessings and suggests no one can take their place. Sapna reconciles with her parents with an emotional hug and her mother and dad apologizes to her. The engagement ceremony gets underway and the rings are exchanged between the couple. Ritesh and Sapna all smiles along with their family. The story ends on that happy note.

Meiyang speaks that many times we are so immersed in problems and thinks there are no hopes but there is always light at the end of the tunnel. Meiyang signs off by asking viewers what they would have done if they were in place of Sapna and Ritesh, and they can share them using the hashtag #PTKK on Zing TV facebook and twitter pages.