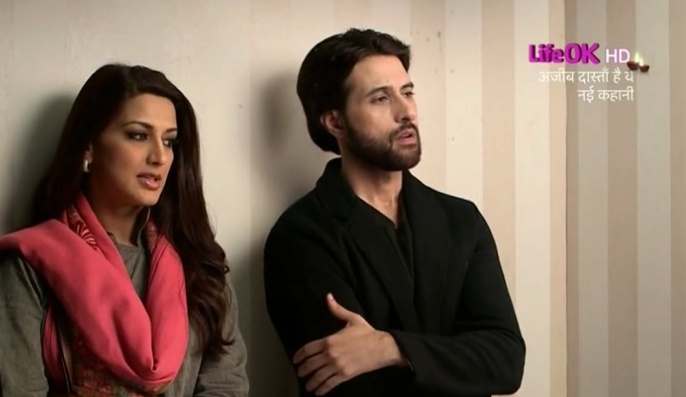 Samarth has gone to much lower level by making Vikram fall in Shobha’s eyes, showing the love letters written by Vikram. Vikram has written those many years before for Sarika, and Sarika steals all those letters and his dairy from his home to make him answerable to everyone. Vikram denies to Sharda and Shobha about writing love letters for her, as he knows very well what marriage means for Shobha. He clears out the matter and is glad that Shobha still trusts him. Shobha recalls how Vikram has sent her to Samarth for the kids’ happiness and defends Vikram. Samarth does not fail completely as Sharda’s trust on Vikram shakes.

Vikram tells Samarth that he did a big mistake by sending Shobha to him, and he will now ruin him by taking the media’s help in exposing him. Samarth comes to know about Shobha giving her statement to Rohini and exposing him. He plans to ruin Shobha’s image infront of the world by showing her extra marital affair with Vikram. He calls Shobha at a hotel and mixes drugs in her drink. Shobha feels dizzy and informs Vikram to seek his help. Vikram rushes to meet Shobha and the moments of Vikram supporting to hold Shobha, gets clicked by the photographer sent by Samarth. He makes a fake MMS of Vikram and Shobha to show their affair, and releases it infront of the media to claim Shobha of being bad character and showcase himself clean. Shobha and Vikram get shell socked by Samarth’s drastic cheap move. Vikram defends Shobha and asks her not to worry, as he will not let anyone point on her pure character. Vikram seeks Ketan’s help to file a case on Samarth. How will Shobha prove her innocent? Keep reading.