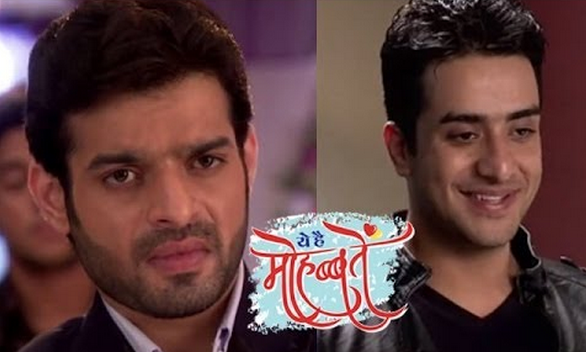 Romi goes to the clinic for his surgery and comes to know there is no Dr. Puri working there and he was duped of Rs 5 lakhs by a fake doctor. He understands that Shagun has planned this as she has recommended that doctor. Romi did not know about Mr. Iyer getting humiliated and Raman facing problems by his boss. Raman comes to know about Romi acting weird and having plenty of money, which he took along on pretext of Bunty’s marriage. Romi returns home from Panipat and comes to know about the big issue at Iyer house. Raman talks to him casually to make him accept his crime, and takes him to a corner to get his anger out.

Raman beats Romi knowing about his grave mistake. He gets very angry and beats Romi with frying pan, and Romi’s hard face breaks the pan into pieces. The bashing scene is very funny as Raman is at his best to kick and slap Romi, while the family looks on trying to stop Raman. Iyers and Bhallas get togethr to stop Raman. Romi’s theft truth comes out and Ishita supports Raman as she wants Romi to walk on right way. She thinks he is hiding something, as he does not open his mouth to say why he needed money. Romi thinks Raman will regret of beating him when he knows the truth of his medical problem, and how he got cheated by Dr Puri. Will Raman and Ishita come to know about Shagun being the mastermind to use Romi against them? Keep reading.