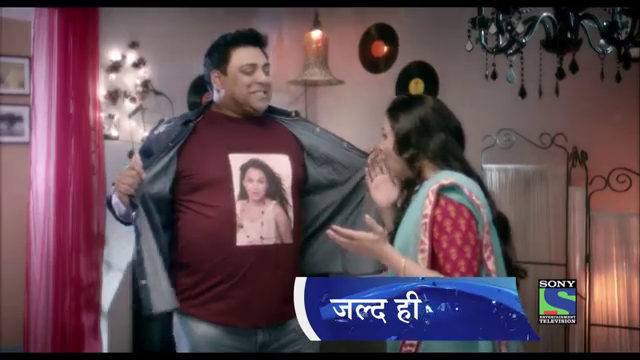 Dil Ki Baatein Dil Hi Jaane [Only a Heart know its conversations] is the new show offering from Sony TV  which showcases a passionate love story between Ram and Anandita. The theme asks – How far can one go for love or What love meant to you and how do you keep it against all odds ?. Anandita and Ram’s love story has its streams of happpiness with both of them having good time with his fun banter and antics impressing her a lot. But their story also faces times of sadness and yearning of hope. Anandita and Ram’s love translated into marriage and they have two kids. A big jolt came in their life when Anandita was diagonosed with terminal illness. Ram couldn’t accept his wife’s illness and in no way withstand seeing her approaching closer to death. He puts all his efforts with sincere emotions in order to save Anandita against all odds. However, Anandita has accepted her fate and doesn’t wish to see her husband and kids going through pain and sadness. She cares for them dearly and is ready to embrace death with open arms but even then things are not easy for her.

Ram’s love for her is so endearing that he knows by his mind about her condition but his heart is not going to accept and diligently cares for her well-being. Ram has to take care of the kids and the responsibilities have fallen on him to raise them and the kids constitute an integral part of the love story and family bond. Mahima Makwana [Rachna from Sapne Suhane Ladakpan Ke] finalized to play the role of Ram’s daughter. The show is produced by Mahesh Bhatt  – the makers of Colors TV show Udaan.

* Anandita’s portrayal by actress Gurdeep Kohli
– Gurdeep was born in Punjab and worked as model, actress and television presenter. Married to Actor Arjun Punj.
– She is an Indian TV actress, known for her popular roles as Dr. Juhi Singh in Star Plus’s Sanjivani and Vedika on Zee TV’s Sindoor Tere Naam Ka, and Bani Jai Walia in Zee TV’s Kasamh Se [2006-2009].
– Recently, worked in the role of Maya/Baiji [Head of Operation Grahan] playing the main antagonist in Star Plus’s Diya Aur Baati Hum [2014]
– She also worked in Nach Baliye with spouse Arjun Punj, Bhabhi, role of Minakshi in Star Plus’ Arjun, and in Sony TV’s Adaalat