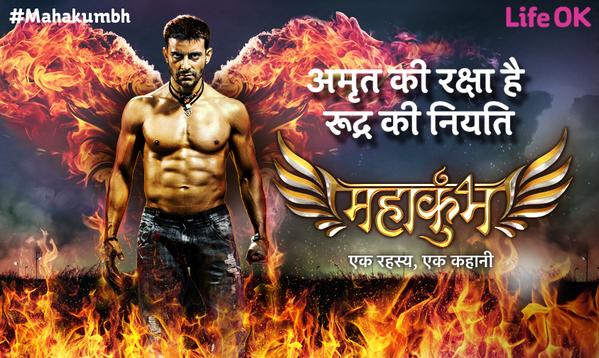 Maya’s taking blame for Maai Mui’s death comes to Rudra’s knowledge with her letter. He rescues her from Swami’s goons and informs that he doesn’t hold her responsible for Maai Mui’s death since she was just used by Swami and her Nanu. However, she continues to have the guilt and even Thappadiya Maai couldn’t stop her. She tells Rudra on coming back once she is able to remove the guilt and goes to wander near the Ghats and is lost in herself and stays in an Ashram. Rudra gets enlightened by his Dadi who informs that Maya will come back to him since they are tied with Karma though she doesn’t know whether Maya’s love for him is true. Until now, 6 Garudas are revealed – Rudra, Charles, Shivanand, Thappadiya Mai, Katherine and Tiwari. How Karma and Garuda related, whether Maya is the 7th Garuda ? At Swami and Nanu’s end, they are upset with not getting hold of Maya and angry with Rudra. Nanu pacifies Swami who was speaking to kill Brahmanishta’s lineage [Rudra’s family]. Nanu suggests in the war of Amrit all different kinds of traits are employed and not only revenge.

Greyerson in his earlier meeting with Swami and Nanu spoke of a trump card to combat Rudra. Later, Swami thinks Greyerson is not trustworthy and shares it with Nanu. Meanwhile, the pursuit of Amrit takes a turn with the revelation from Rao to Shivanand that the international syndicate is after Amrit to risk humanity and its not just for its divine benefits. He meant to suggest protecting Amrit is a big challenge which they need to pass since there are many dangers.  For instance, danger from 7 Nags to Garudas and Mauni Baba already setting up Nagas against Garudas and the Nagas’s best time to attack Garudas is during their weak emotional moment. It is known Rudra’s duty and responsibility is to protect Amrit in the Mahakumbh and he also have goodness and care for the people around him. He finds an old woman being deserted by her two sons near Ganga’s shore. He gets distressed and comes forward to help the old woman and takes her to sons. He speaks boldly with them on not having good heart and feelings for their mother and persuades them to take care of her. Finally, the question that still remains – Whether the 144th Mahakumbh going to be fruitful for Rudra, Shivanand and Garudas in protecting Amrit unlike earier times ?