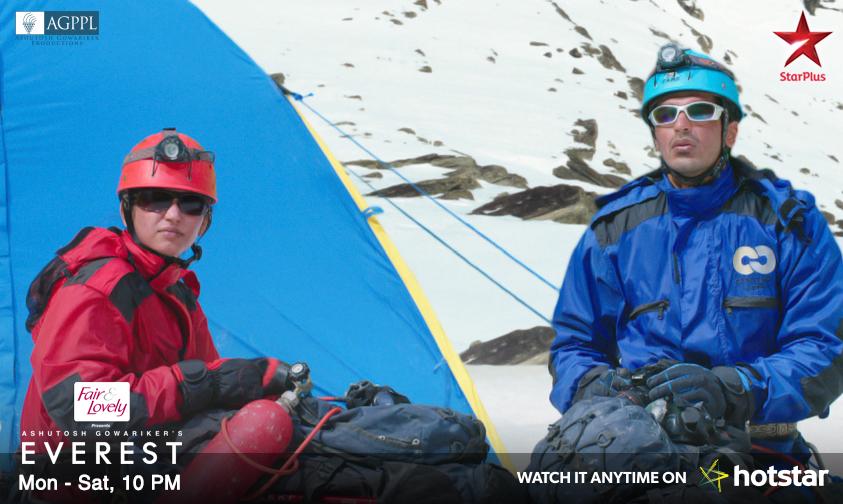 Chand’s death at Hillary Step mountain pass led to heart-wrenching moments with Abhiyankar, Aaaksh and Anjali felt a big loss and emptiness. Nevertheless, Aakash and Anjali are striving to summit Everest to fulfill the dreams of the ones who couldn’t succeed and take Chand’s life as inspiration in their quest. Ramesh had blackmailed Aakash earlier on bringing Sarpech otherwise canceling the summit and breaking Anjali’s dreams, and was exploiting Aakash’s love for her. But with Chand’s loss, Mission Everest is for a bigger purpose with emotions and memories at interplay and the sarpech efforts tacking the back seat.

Chand was a jovial person who always spoke of mountains embracing the climbers and how everyone yearns to summit Everest. He was Aakash’s closest friend who pushed him in proposing to Anjali on love.  Abhiyankar regards Chand as his son and his Everest is to overcome the loss. There will be more emotional scenes in the final episodes as Aakash and Anjali are inching closer to reach the peak of Everest. The Final Episode telecast is on 1st March 2015 (Sunday)  with a duration of 90 minutes starting from 9 PM IST. Stay tuned for it.

– From Camp IV, climbers begin their summit push around midnight with hopes of reaching the summit (still another 1,000 meters above) within 10 to 12 hours. At 8,750 m (28,700 ft), a small table-sized dome of ice and snow marks the South Summit. From the South Summit, climbers follow the knife-edge southeast ridge along what is known as the “Cornice traverse”, where snow clings to intermittent rock. Hillary step comes at the end of this traverse and it is an imposing 12 m (39 ft) rock wall at 8,760 m (28,740 ft).

– After the Hillary Step, climbers also must traverse a loose and rocky section that has a large entanglement of fixed ropes that can be troublesome in bad weather. Climbers typically spend less than half an hour at the summit to allow time to descend to Camp IV before darkness. Read more at Mount Everest’s Wikipedia page.