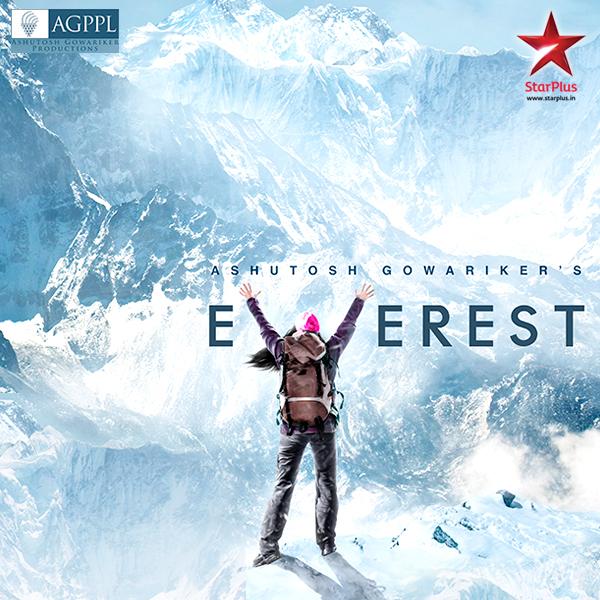 Everest bids adieu with its final episode telecast today. Aakash and Anjali realizing the Everest summit success making the team – Abhiyankar & Co, Jagat, Sarita & all; Shikha Maa and all proud and happy on the achievement. Anjali raises the Indian flag at Everest peak to show her love and respect for her country – India and writes down her father’s name Jagat Singh Rawat in ice there. Aakash finally opens-up on his endearing love for Anjali at the highest mountain peak – Everest. He confesses his love – I love Anjali and she reciprocates her love for him with I love you too message. What follows after is a kiss to become lovestruck. Their love story depicted patience, trust and most importantly believe in each other. With Anjali always keeping aim to conquer Everest summit and Aakash holding on to his emotions and love while respecting her position. In the end after Everest summit, their love was triumphant. Anjali and Aakash give credit of their success to their team and remembers their loved ones who lost their life – Nima and Chand. Both Anjali and Aakash during their summit quest got inspiration from Jagat and Gaurav respectively. Coming to Arjun, he proposes to Rina and she accepts his love and they too become lovestruck.

Aakash didn’t took the Sarpech though he briefly thought about it. He found the queen’s letter for her beloved king and understood the meaning of Sarpech being put there at the peak. He took pics of him with Century Corps for Ramesh’s company publicity but Ramesh is not much impressed. Jagat and Sarita are on cloud 9 with Anjali’s achievement and they received her with much joy and happiness. Anjali calls Jagat as her hero and the best father and asks him to not feel guilty about the past. He now says that girl or boy can do anything as they are equal and with determination anything is possible. Thus, he bats for Gender Equality. Anjali and Aakash are rewarded with medals for their Everest success by the President of India. Anjali gets much glad as Jagat replays Sarita’s words – Sipahi Taiyaar Hai (Soldier ready? ) there. Anjali meets Shikha’s maa and greets her with much love and Aakash meets Anjali’s family. Both families have a happy reunion with Abhiyankar also marking his presence there. Jagat shows gratitude to Abhiyankar for leading Anjali to Everest summit success. In the end, as Arjun didn’t summit Everest, Anjali motivates him by suggesting they can go for summit another time. Everest ends on a happy note and showed varied intertwined emotions – Love, neglect, gender bias, hate, determination, human spirit, perseverance, compassion, humanity, fear, grieve and Happiness. The characters – Anjali, Aakash, Arjun, Abhiyankar, Chand, Rina, Ramesh, Sam, Jagat, Sarita, Shikha Maa, Maithli, Vidhaan, NIM characters were sketched out well and shown different elements on life and capture the essence on how to live life.

In the show it was aptly put the mountains make us good humans but Everest show us the way to lead a life. In this context, Abhiyankar’s words were – Everest Hame Jeena Sikhata Hain. The metaphor WhatsYourEverest connects with Abhiyankar’s believe on Everest and life since the show’s theme is to highlight that everyone have a big challenge or dream with themselves. Moreover, such dream is like that of summiting Everest and we always strive towards achieving that Everest.  We wish the best to all the cast of EVEREST and special mention to Shamata Anchan [Anjali], Rohan Gangotra [Aakash], Sahil Salathia [Arjun], Milind Gunaji [Col. Abhiyankar], Manish Chaudhari [Jagat Singh Rawat], Rajat Kapoor [Ramesh] and Diganta Hazarika [Chand].

* Star Plus’ new offering Tere Sheher Mein takes the Everest’s time slot of 10 PM from tomorrow – 2nd March 2015. Everest was a finite TV series which got ended in 102 Episodes.
* Read our first article on EVEREST to know about Cast (info), Characters, and some details on the plot.