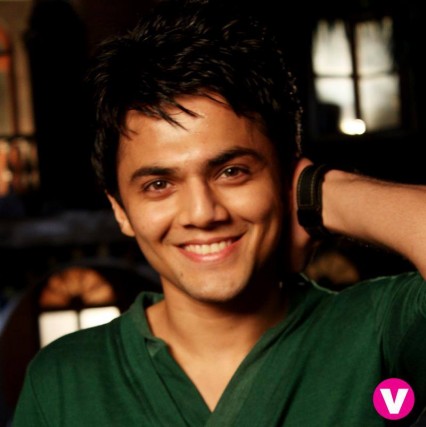 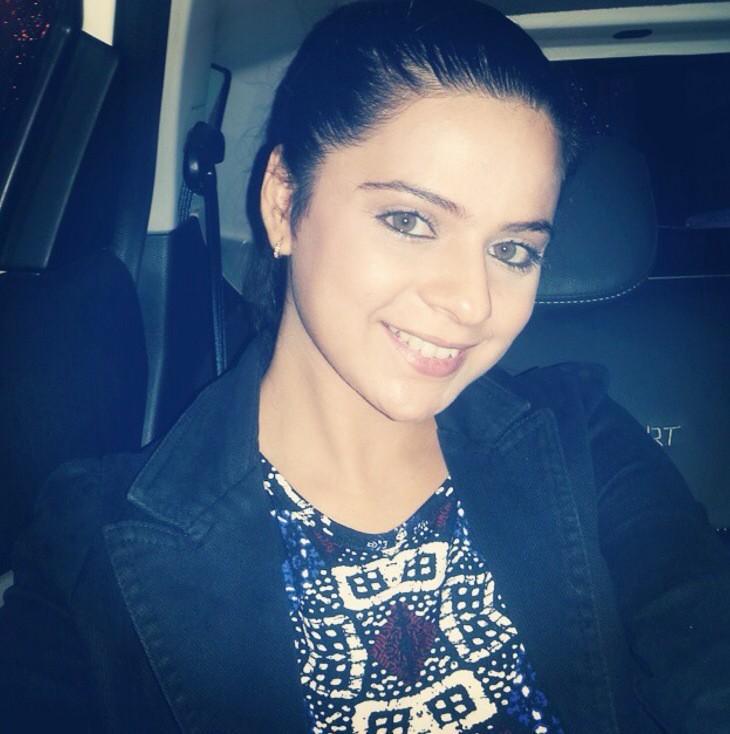 The story starts with Reyanshi looking at a newspaper report in the morning with gossip news about her and the report was raising the question whether her bollywood career is over. She meets a woman (employee) who brings food for her in a tiffin box (Dabba). They talk about Aditya and Reyanshi informs the woman about Aditya being not only a director but also have won the best director award in 2015. She gets reminded that tiffin box has brought her close with Aditya. Rithvik Dhanjani (the host) speaks that the tiffin box plays an important role – the love hero in this story of Reyanshi and Aditya.

Aditya comes at a film set with his tiffin box in hand and wants to meet Rajeev sir (director). The boys learn that Aditya came there to work as an Assistant Director (AD) and they pull his leg on finding a tiffin box with him. They ask whether he is going to school and makes him busy while his tiffin box goes to different people. Aditya speaks of wanting to become the best filmmaker in future and thus came to work with Reyanshi mam (actress) to kickstart his career. He is excited to work with her and the boys (also ADs) suggests that the stars are not down to earth. They think that Aditya will come to know of Reyanshi’s behavior and she wants to keep workers below her toes and is very strict with them. Meanwhile, Reyanshi is coming there by putting pressure on the workers at the film shoot. Aditya looks at her as she reaches the place and carries a smile but she doesn’t greet him. Rajeev – the director comes to meet Reyanshi and she is angry with him as lunch didn’t came for her until then. He asks her why she is talking about lunch to him since he is a director. She doesn’t want to hear any excuse and asks him to leave. Rajeev goes to meet production guys while Aditya’s tiffin box is lying close to Reyanshi’s door.

She gets worried on not able to eat but has to her ant-depressant pills requires her to eat food on time. Soon, she finds the tiffin box and contemplates whether to take it or not. She decides to take it while Aditya is searching for his tiffin box. He goes to ask Deepak – senior assistant director about his tiffin box but he doesn’t entertain him. The boys learn that the tiffin box was placed near Reyanshi’s room and is worried that Aditya can get fired. Aditya finds Reyanshi eating the lunch from his tiffin box and speaks of being allergic to food and now has to remain hungry for the whole day and shows his annoyance. Reyanshi comes to give the film shot and everyone are surprised to see her happy which is odd and thinks she will shout very soon. Aditya gets restless as he didn’t eat and soon gets called by the director Rajeev. She starts the scene and it is about eating at a table. She doens’t give the shot after looking at Aditya and informs Rajeev on not being ready for the shot and postpones it. She wants to meet the last AD Aditya and soon he is sent to her makeup room. Reyanshi apologizes to Aditya on eating from his tiffin box and cites about her need to take medicines.

Aditya also apologizes to her and speaks of bringing tiffin box as he has food allergies from outside food. She tells him to eat some fruits but he didn’t agree so she decides to pack those fruits. Aditya thinks that she is not so bad while others were saying lot of things. She admits on knowing how people talk about her and asks him to take food (fruits) as it is important. Later, she gets regular food on the set in a tiffin box and soon finds a note with the box that it is home-made food. She smiles to receive that tiffin box from Aditya. Rithvik (the host) speaks that the tiffin box was bringing Reyanshi and Aditya close and both were getting connected.

Aditya continues to offer tiffin box for her [Zara Nazar Utha Ke Dekho song plays] on daily basis and he follows her and feels happy. She also reciprocates with smiles looking at him. She gives more scenes and get applaud from all on the set. Both share eyelocks at different instances and tiffin box playing the role of love hero with much grace. Later, she goes to find Aditya and all other AD’s are surprised. She asks Aditya to come to her make-up room since they will take lunch together from now on. Aditya goes with some hesitation to her room. She asks whether he feels awkard to eat food with her in the make-up room or is worried with people poking fun at him when he goes outside. She suggests that there will be few people in the industry who are going to speak on face so he can decide to whom he need to listen or not. She speaks of the briefing that she got from Rajeev and thinks that it was improper as bringing smile in some heavy (sad) scene is surprising. He supports Rajeev and thinks that if she smiles then her BF in the scene would be secure. They meet later and she thinks he is more mature than his age which is 18.

She opens-up that it is difficult to survive in this indusry and have realized that a defence mechanism is needed and thus she carries some attitude and doesn’t want to be much emotional. She suggests that if she shows herself strong then people will not exploit weaknesss. He informs that we can ignore people and moreover there are bad and good people in all industries. She asks about one name who is good. He replies her name with a smile and soon becomes shy while she carries smile. She comes back to the set and find other AD’s enjoying [You and Me together & Tera Saath Milgaya song plays]. Soon, she finds a tiffin box and plays Holi with Aditya and their close moments are seen by Rajeev. Later, Rajeev asks Aditya to give some new dialogues to Reyanshi. He stops Aditya and speaks that Reyanshi is such an actress who needs toy boys and once the shooting ends she would end the relationship as well. He reminds that he is 18 while she is 30 years. Moreover, Aditya has just started his career while her career can end anytime so why he is spending time with her which can go in waste. He asks Aditya to think and their conversation is overhead by Reyanshi who gets teary eyed.

Aditya comes to meet Reyanshi and learns that she left from there being in anger. Soon, he finds a note inside the tiffin box informing him to not send the tiffin box from next day. The next moment he gets a call from Priya [Reyanshi’s assistant] who asks her to come to Reyanshi’s home since she is breaking things at home and in much angry mode. He goes to her home and finds that she is crying. She hugs him while he supports her. He tries to make her calm but she continues to cry. He thinks she is hungry so they can eat something from her favorite tiffin box and urges her to stop crying. He speaks of life divided in four parts in the same way of the tiffin box. He suggests the first part is a bit sour, second – instinctive reaction [cites Roti as an analogy], and then the third part on how we learn and realize on over reacting to a situation. He puts forward a Gulab Jamun and she asks what is the meaning of sweetness in relation. He calls the last part is love and once you realize its importance and doesn’t bother about other people. He informs her that only she matters to him and asks her to eat the sweet for him. She gets teary eyed on that note and he provides support. Both hug each other and she showers some kisses to him [Iss Darde Dil Ki Sifarish song plays] and both share few intimate moments.

He wakes up next morning at her home and she speaks of arranging the tiffin box so as to simlify her life. She speaks of being 28 years old and have moved on with her work. She thinks her life is in the 4th part but he has started his career just now. She thinks he will fall down as he didn’t have the middle support. He speaks of getting up after falling down. But she speaks of her want to move on for his better future as people will not take his talent seriously if he associates himself with her. She suggests they can’t share the tiffin box from now on and asks him to let her go. She informs her decision is for his future. He asks whether she loves him. She replies immense love and he speaks of loving her and showers a kiss. [Abhi Abhi To Roshni Aaye Hain.. song plays]. She asks her to go if he loves her and turns backwards to not see him. He leaves from there while listening to her words. She gets teary eyed and holds the tiffin box and looks at it with earnest eyes.

The story moves forward to the present day – 1st March 2015 and many years have passed. She finds Aditya coming to see her at home. Aditya brings a tiffin box and the trophy of best director for her. He thinks she deserves it more than him [Yeh Hai Aashiqui title song plays]. He gives credit of his success to her since many years ago she has left him for his future and moreover goes ahead to give her the role in his next movie Princess. He is not bothered about its box-office success but knows that surely it would make an impact in the same way she has made an impact on him 10 years ago. They eat together with smiles and are on their way to rekindle their love. The story ends on that happy note. Rithvik speaks that a tiffin box has completed Reyanshi and Aditya’s love story and even their first meeting was because of tiffin box and also it gave her the strength.

* Aditya is portrayed by actor Lavin Gothi
– Recently, played the role of Shivam in Bindass Yeh Hai Aashiqui (Episode 46, 8th June 2014) and in the role of Rohit in Zing TV’s PTKK (25th July 2014 10th Episode).
– Lavin played Sammy’s role in Sony’s Bade Achhe Lagte Hain (BALH) and also worked in MTV’s Webbed 2.
– Lavin is a graduate of Anupam Kher’s acting school – ‘Actor Prepares’ and also worked in Katrina Kaif in an Ad commercial of Aquasplash chewing gum. Actor prepares is an acting school run by actor Anupam Kher. Know more about it at its website. Know more about Lavin at his Twitter page.
– Follow the tag – Lavin Gothi actor to read articles written on the episodes where he worked at our site.