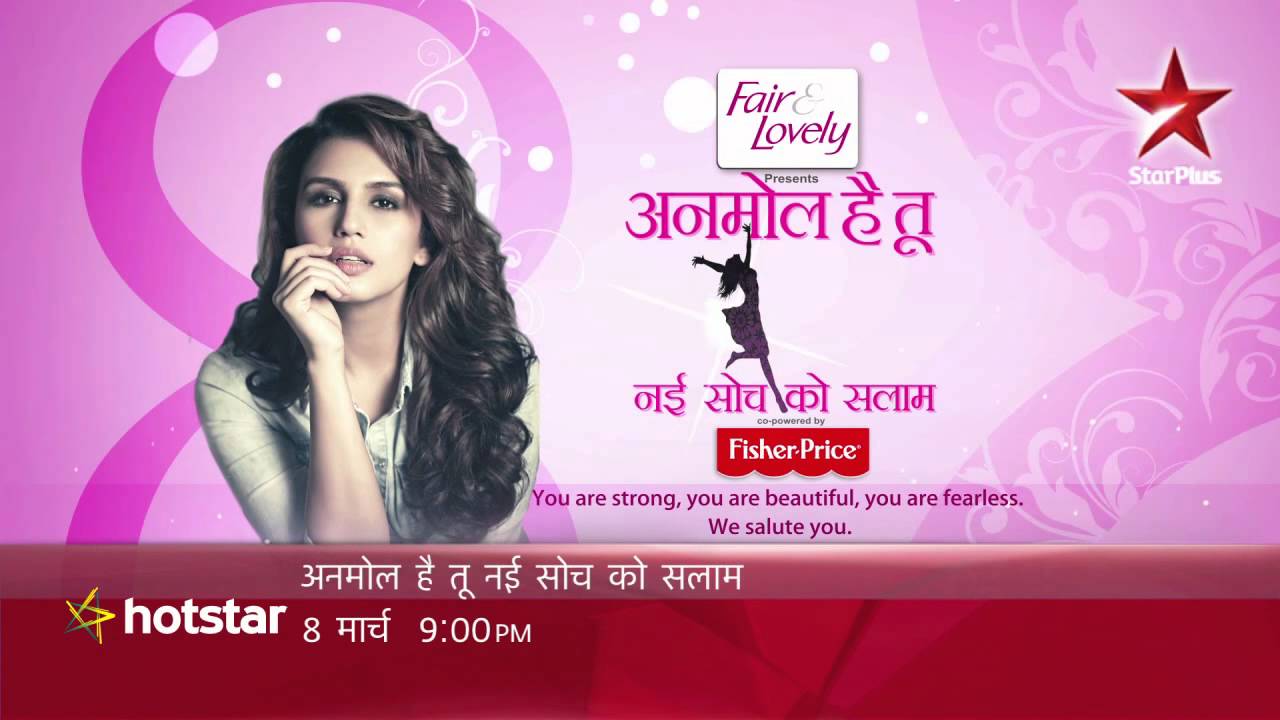 For celebrating International Women’s Day [8th March] and to salute women, Star Plus comes with a special show, Anmol Hai Tu – Nayi Soch Ko Salaam. Well-known TV actors and Bollywood stars are going to participate in it and also perform. Huma Qureshi and Rithvik Dhanjani are the hosts for the show.

Rithvik dances and performs with the kids on Tu Dhoop Hain song and brings lot of smiles on their faces. Huma speaks to traffic women police officers about their duty. The lady officer speaks of her job which can also run for 24 hours and suggests that her husband’s support is very important to balance things. This special event, Anmol Hai Tu – Nayi Soch Ko Salaam will present the stories of 5 real life women achievers. It is going to telecast today – 8th March from 9 PM onwards. Stay tuned for it.

Women Achievers’ Stories and Saluting them: Presented by TV actresses

* Sindu Tai – surely a woman of substance and a godmother to under privileged kids. Motherhood is a symbol of strength. Sindu Tai has given her love to 1400 children till date. She sacrificed her own kid to make the world a better place for others. Only a woman with immense strength can take that step. She has saved lives of more than 50,000 women and has empowered all of them to bring a change in society.

* Flabia decided to help each and every woman who was tortured by her husband. She took that step and succeeded.

* Raziya – 13 year old girl who stood up for her right and her story is presented by Shamata Achan [Anjali of Everest].

* Kaushalya took that step forward to bring a change in society for HIV positive women even after the betrayal she went through. Her story is presented by Debina Choudhary.

* Chandralekha is a fighter. She was ridiculed, stoned and treated brutally by her villagers but that didn’t stop her. Chandralekha was also determined to save her daughter from the misery that she went through.

* Shakti Mohan
– Shakti performs and dances on the O Gujariya remix. Also perform on another song with same energy, passion and grace.

* Puneet [choreographer]
– Performs on the Aarambh Hain Prachand song from the movie Gulaal, 2009 and gives a hard hitting performance. To add more colors to his performance, he shows his dance and daring skills in by coming up with a Chakra emitting fire and circles it around with good speed.

Fun Banter and Emotional moments: Rithvik speaks of being a big fan of Huma and even he likes her. He calls himself a talented guy and tries to flirt. She pulls his leg and thinks he needs to take care of his dressing sense. Later, Rithvik sings the Gulabi Ankhein Teri Jo Dekhi… song for Huma and tries to impress her and remixes the song with his own lines – Huma Ki Jawaani. The show also raises the argument – Women stand for pride, beauty, power and they are a role model, but is that the truth or reality?  An old woman speaks of the time when she used to beg to survive and she used to think why nobody asks whether she needs food or thought about giving her shelter. She finally searched who needs food and home and finally realized it. She shares a couplet signifying how she came back to herself after learning the lessons during broken state.