YRKKH:
Akshara and Naitik get ready for Muskaan’s marriage with Alok at the village. Akshara wears a Borla and Maang Tika and is excited. Some developments after the marriage sequence – Bhabhi Maa evicting Akshara from home; Dada ji  going into coma and even might die. After the leap, Akshara and Naitik will go to South Africa to begin a new relationship and life there. Actor Rohan Mehra is finalized to play the grown-up Naksh and is going to have a girlfriend. 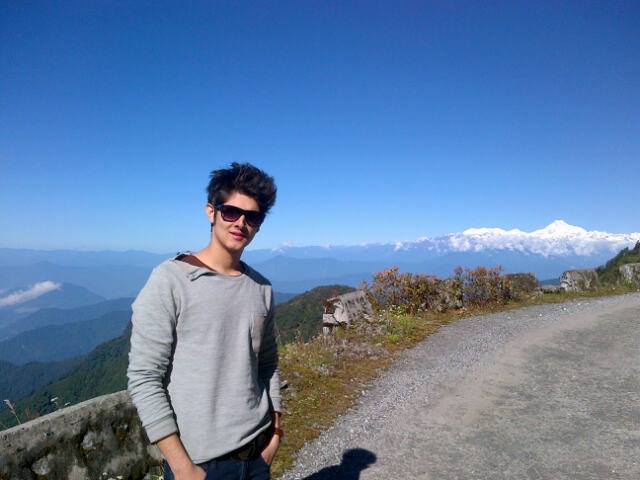 Mahakumbh:
Rudra carries Maya in his arms and both share intense eyelocks with smile on their faces. She wants to marry Rudra because the danger hits her hard and she is inching closer to death. She stays with Rudra in their kund home. Their eternal love is such that they cannot stay away from each other. Rudra loves Maya immensely and he comes to know that she is dying. Rudra becomes much emotional and agreed to her request of marriage since she wishes to die as a Suhagan [married woman]. He brings his parents Shivanand and Ganga Maa, and Dadi to see Maya. Maya has removed the thought of being on a death bed and even Rudra wants to share happiness of marriage with his family. Rudra brings make-up items, shringaar and it brings smile on Maya’s face. Thapaddiya Maai gets much emotional to see Maya in such condition but Rudra’ Dadi consolidates her, him and the family.

Saathiya:
Ahem brings a girlfriend (GF) Mansi in home and have betrayed Gopi and their relationship. Gopi is going to encounter her and there will be a fight between them. Moreover, Vidya and Meera also going to get involved in it. Meanwhile, Gopi finally found Ahem in a cake shop in Mumbai and have seen him for the first time after the 10 year leap. The cake shop belongs to her daughters – Meera and Vidya [MV cake shop] though she is oblivious about them. Jigar is also glad that he found his brother Ahem and his search with Gopi has finally bore a fruit. While, Gopi identified him there but she takes some time to face him.

Satrangi Sasural:
Vihaan’s moms are angry and they sent back the couple to Aarushi’s home but she sent him back to his home. The reason is Vihaan’s moms coming to to know of Aarushi-Vihaan’s love marriage and it is not fixed as they thought and believe. Vihaan goes to his home and request them dearly but gets more insulted there bringing tears. Additionally, Vihaan’s mom Narmada threw his childhood photoframe, hurled more insults and compels him to leave from there. There is a divided home with 2 moms supporting and 4 moms not showering support to Vihaan. Those 2 moms also want to see Aarushi’s back in their home. At Aarushi’s end, she is ready to give a sacrifice for the sake of Vihaan’s moms happiness. Vihaan’s stay at Aarushi’s home as Ghar Jamai is not eventful since he faces taunts from Aarushi’s aunt and her father Prahlad. What would be Dadi Maa’s call on Aarushi-Vihaan’s marriage relationship ?

Ashoka:
Acharya Chanakya has defended himself in front of Bindusara in why he has hidden the truth of Ashoka being Shubhadrangi’s son and gave the rationale of Ashoka’s safety. Acharya begins to find Nirjara to unravel the story on what happened to Dharma on that unfateful day when she was attacked. Helena and Justin’s are bit worried with Shubhadrangi’s death but confident in their ploy with Ujjain’s king. Meanwhile, the funeral of Shubhadrangi who is believed to be Dharma gets underway and Ashoka is not going to accept that truth of his mom’s death. Ashoka gets teary eyed since everyone informs him that Shubhadrangi (Dharma) is dead. But he believes it is not true since the connection between him and his mom cannot be understood by others and keeps the believe that God has protected her. His believe suggests Dharma is alive and very soon going to reach her. What Nirjara is hiding from Acharya and how it connects to Dharma ?

Sasural Simar Ka:
The 15 day challenge progresses further. Simar prays to Mata Rani during the Navratri festive occasion and seeks strength for Roli (Shruti) and tries to give her confidence. Simar wishes that Roli can send away the Nagin permanently from their life. Shruti goes ahead to pray and wants to get a righteous stay in Bhardwaj family after defeating the Nagin.

Udaan:
Vivaan and Chakor misses each other as he went to Lucknow with Ranjana. Chakor wants to become smart like him and also stoods up to the work given by Girja which would take 7 days time. Bhaiya ji thinks that work will put a new roadblock in Chakor’s education yet another time but she succeeds in the work quickly. Next, Chakor prepares to go to the school and its her first day thus very excited. But her happiness gets short lived on the way since some boys stop her, and one of the boys throws ink on her clothes. Chakor feels bit afraid  and now, the question is how she would be going to school by outsmarting those boys  ?

Balika Vadhu:
Nimboli gets bad treatment at her in-laws home but she still copes with it due to her childhood innocence and vibrant spirit. Next, Kundan’s friends inform him that he doesn’t need a girlfriend since he has a wife at home. The peer pressure comes to Kundan’s nerve and he tries to go close to Nimboli and watches her from a distance. His aunt sees him and calls his name which makes him surprised. Is he going to rethink and overcome the peer pressure ?

MATSH:
Baa accuses Ishani’s disappearance on Amba. RV’s parents get arrested by the police and Baa who always wanted to outsmart Amba succeeded in her efforts. Baa puts additional charge that Ishani gets beaten up as well. The show is going to take a 6 months leap. With Sharman declining to accept Ritika’s pregnancy and child, Ranveer steps in. He decides to marry her as she was badly hurt by Sharman’s rejection and this leads to Ishani and RV’s seperation. How these developments shape up, and what will be Ishani and RV going to experience and feel after this marriage sequence ?

YHM:
Ruhi will be going to Shagun as per custody orders. This makes Ishita, Raman, Mrs. Bhalla and the family to have much grieve to not have Ruhi with them. Ishi maa is unable to accept the custody truth of Ruhi and tries to deal with the situation by being positive and hopeful. Raman gets much upset and is unable to figure out on what he should do to stop Ruhi going to Shagun. Bala advices Raman that they will go to another lawyer to find legal possibilities and solution for their problem, and tries to pacify him. Ruhi is oblivious that she needs to go to Shagun. How the Bhalla family going to stop Ruhi in moving to Shagun ?

Suhani Si Ek Ladki:
Dadi and Soumya’s plans to trouble Suhani are coming to the forefront. Ragini and Menka dances on the song – Hotaun Pe Aisi Baat [The words are coming to the lips to say something] to spill all the beans of Dadi and Soumya’s evil plotting against Suhani and wants Suhani to realize what they are conveying. There was a puppet scene earlier as well and Dadi’s truth revelation will bring a major U-turn in Suhani’s life. Suhani haven’t realized fully but she is going to counter and ask Dadi and soon comes to know of Dadi’s plotting in the Birla house. The bitter truth is unable to digested by Yuvraaj and Suhani. Anyways, Dadi’s birthday climax is going to bring a shock and some secrets are going to get revealed. There is some romance in the offing between Yuvraaj and Suhani next.

Service Wali Bahu:
Payal’s parents and in particular her mom wishes to see their daughter’s marriage to be fixed with Dev and thinks that good fortune will bestowed on her thereafter. Meanwhile, Dev’s father Jogeshwar Babu informs his wife that Payal has fallen in his trap and very soon she will fulfill his promise by becoming a service wali Bahu. He exudes confidence in himself. Next, both Dev and Payal’s parents meet to arrange the marriage. Payal’s parents accept Jogeshwar Babu’s marriage proposal in asking their daughter’s hand for Dev. Both families are excited and even Dev is happy but the question is what bad is going to happen with Jogeshwar Babu’s trickery & blatant lie that casts its shadow on a truthful relationship of Dev & Payal ? Both Payal and Dev are nervous, will she come to know of Jogeshwar Babu’s trickery and money-minded plans before the marriage ?

Jamai Raja:
There is Nok Jhok between Sid and Roshni after the Grah Pravesh ceremony at his home. Roshni agrees to stay at Sid’s home and Sid tries to pull her leg by reminding about a girl’s shyness and how it is a jewel for her. With both sharing time together, their relationship going to get strengthened.

Jodha Akbar:
Akbar and Jodha are staying as normal people after the uneventful developments that hurt his people with ego reigning over him and even Saleem reminded Akbar about his mistakes. Akbar in disguise wants to win back the trust of his people and does work as an ordinary person and listens patiently to fellow workers. He offers his help in cooking as well.

Itna Karo Na Mujhe Pyaar:
Pag Pheras rituals come after Nishi’s marriage. Ragini and all are waiting for Neil at their home and after a while he comes around that place and meets Pam. He informs Pam about Suhani’s arrival in India and how she was just at Ragini’s doorstep and he helped and brought her back to his home..