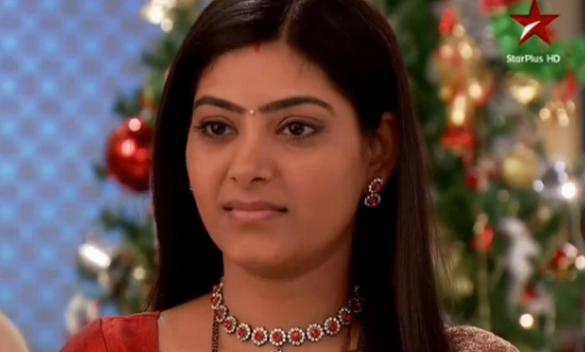 Dadi has brought out clearly in Suhani’s view what she means to Yuvraaj, as their marriage as just a compromise, and he has always loved Soumya. Suhani is super stunned when a raged Yuvraaj also admits the same thing, that he married her under pressure and there was no love in his heart for her. This emotional burst out was planned by Dadi and her stupid supporters Rags and Menka. Suhani now understands the reason of Yuvraaj staying away from her. Suhani gets depressed by Yuvraaj’s anger, as Dadi has provoked him by filling his ears against Suhani, and also making Suhani create a scene in the party.

While Pratima consoles Suhani, the relation starts getting bitter for a while. Sharad explains Yuvraaj to speak out his feelings to Suhani, whatever he has and whenever he felt it. Yuvraaj tries to explain Suhani that he cares for her, and in his simple language that he would always like to be with her. Sharad tells Suhani about Yuvraaj trying to be away from Soumya. He asks Suhani to make Soumya leave, while Suhani feels Dadi has used heartbroken Soumya to break her marriage. Soumya acts goody types to Suhani to give her a shoulder for weeping and asks her to follow her to win Dadi’s heart.

Yuvraaj also advices Suhani to behave well with Dadi, as he loves her a lot. He feels its high time Soumya should leave and it has to be seen whether Soumya leaves from Birla House or not. Suhani now gets on a mission to fill her love in Yuvraaj’s heart. Suhani starts keeping Soumya in her sight to survey over her involvement in Dadi’s evil plans. Will Suhani be able to change Dadi’s mind and her likes? Keep reading.