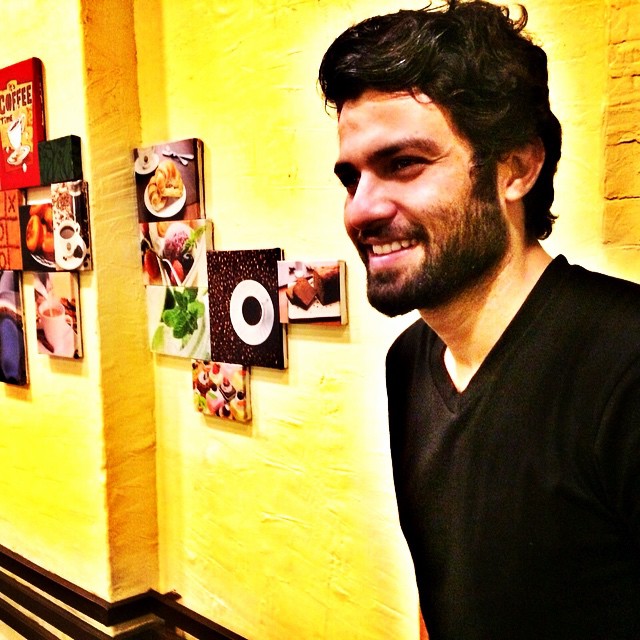 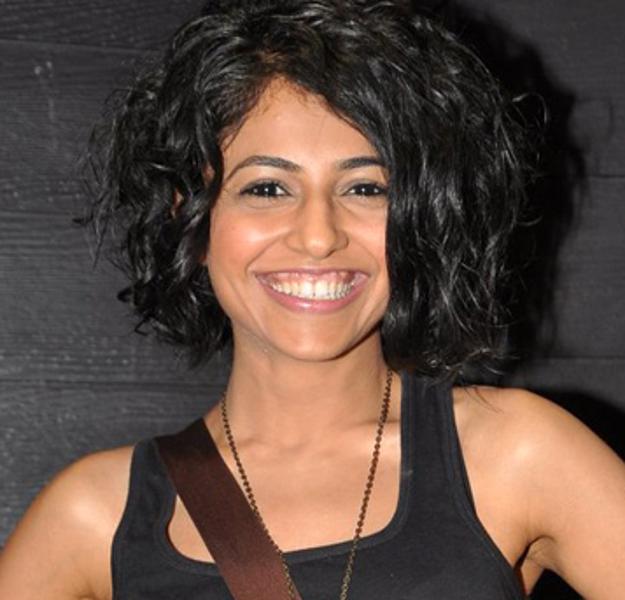 Meiyang Chang (the host) speaks a quote which signifies without love there cannot be vibrancy in the world although it brings forward many exams. Meiyang suggests that Love is the foundation of many emotions and talks about today’s story of Shraddha and Madhav which is set in Lucknow.

The story starts with Madhav contesting college president’s election and also winning it comfortably. Madhav’s competitor is upset with his victory. Soon after, Madhav confronts him and boldly speaks that people know about his victory and how it is realized by offering money for voting. Shraddha at her end starts her day and asks her dad to have breakfast quickly as she will be leaving to college. He gets emotional to think about her leaving the house one day, and she informs him on not going to get married soon. He insists that she has to marry for which she agrees. He talks about his past on being a professor and asks her to be careful since the college has problems and she doesn’t need to hang out freely there. Madhav is seen at the college canteen and doesn’t pay the bill for the tea he took with some friends.

He soon finds a junior guy and bullies him in eating samosa and tea together. Shraddha also comes there with her friend Nishta and sits at the canteen. She is told about Madhav and how he does ragging of juniors in the first year. After a while, Madhav comes to Shraddha and she gives her introduction while dipping samosa in tea as form of greeting. He asks her to not be oversmart and suggests her to focus on study. Later, Madhav finds his competitor misbehaving with a young girl who wanted to sell baloons. Madhav finds the guy’s wrongdoing who has hurt the girl by pushing her away. He goes ahead to thrash him to give a fitting reply. Later, at Shraddha’s home, Shekhar comes to her home and he is her father’s ex-student and has high regards in her dad’s eyes. Her father is doing meditation and after finding Shekhar there he excuses himself on going for a walk, He asks Shraddha to give Shekhar tea and soon leaves.

Shekhar asks her how about their marriage and she replies on not going to marry him anytime on lighter note. Meanwhile, Madhav at his home during late night searches for food in the refrigerator and soon his Mausi (Aunt)  comes there. She insists him to have dinner and is aware he has not eaten till then. Soon, his elder brother comes there and finds madhav injured with hand injury and bandage. He gets angry with Madhav on not doing any work and not taking life seriously and this makes Madhav to not eat food and exit from there. Shraddha at home speaks to her dad on not wanting to marry Shekhar but her father speaks of knowing Shekhar since 11 years. He talks about Shekar being rich, educated, and has understanding nature and moreover he loves her. He decides that she will marry Shekhar after semester studies and doesn’t want to listen to her in any way.

Meiyang (the host) speaks that Shraddha was bounded by her dad’s decision. She was worried and thought whether she became a burden on her father and was not getting answers.

Next day, Shraddha comess to her college and quietly walks across Madhav and his friends. Madhav’s friend wants to bully her and goes on to make a false story that Nishta is locked in the ladies restroom. Shraddha believes him on his words and soon finds herself locked inside the restroom. After a while, her friend Nishta comes there and helps Shraddha. Shraddha decides to go to the principal and takes Nishta along. Madhav’s friend gets worried and goes to inform him about the same. Madhav also gets worried and goes to interrupt Shraddha and takes her aside. He asks whether she will complain about him to the principal so to evict out of college. She speaks of not going to complain against him, and informs that he is having a big misunderstanding. She speaks of nobody wants to waste time on him and suggests he is fearful of people and public eye. She reminds him on not being afraid like him, and soon breaks down and reveals on how she is forced into a marriage.

Thus, she was going to inform the principal of her impending marriage. He ponders on Shraddha’s words and how wrong he was to think about her. [Kehta Hain dil… song plays]. After that incident, Madhav goes through a big change in his personality. He decides to pay back the pending bills at the tea stall but the owner declines to take the money since he has supported him financially earlier. Shraddha is also there and finds him speaking nice words with the vendor [Arziyaan.. Miljayo Milhayo Duniya.. Dil Ke Sada Sun le Zara Bekhabar.. song plays]. Madhav tries to break the ice with Shraddha, and sends a balloon for her with help of kids. She goes to him and punctures it and leaves. But, nevertheless their bonding gradually prospers, and they share eyelocks at the canteen while she returns smile as well.

She ponders about Madhav at home and later next day asks him at the library why he is following her. He shows the banner with the message – being afraid and also apologizes with a sorry message [Arziyaaan song plays]. He then speaks of leaving cigarette and other things for her. She informs him of getting married and he asks whether she doesn’t like him. She replies her answer doesn’t carry any weight. He speaks of liking her and can do anything for her, and can even convince her father but needs one chance. He admits on being afraid of outside people and wants to live with her.

Meiyang (the host) speaks that Shraddha was seeing a new Madhav and gradually he was becoming the one who helps others and doing good things. Madhav was changing due to Shraddha’s innocence and was becoming a better person.

Madhav and Shraddha spend more time together and eat water melon [Ishq Hai..Kaise Bataye..Ishq Sataye song plays] at college premises. Later, he changes his outlook and comes to her by wearing formal dress for the interview. She finds one flaw in his attire and fixes his tie. She also comes to his home and spends some good time with his aunt (mausi) and elder brother. His elder brother is happy with positive change in his younger sibling and thanks her for bringing that change. Madhav later offers his invitation to drop her home and he then learns that her dad will never agree to their relationship. He asks her to not worry since he will be going to convince her dad. He talks about being ready for marriage and also has a job. They aren’t aware of Shekhar seeing them from a distance. Shekhar goes on to inform Shraddha’s dad on how she was seen with Madhav.

Shraddha comes home and gets her dad’s ire upfront and he even goes on to the extent of slapping her. Shekhar acts sweet and does drama of not forcing her for marriage. But she gets to know about Shekhar and his drama. She tries to talk about Madhav to her dad and suggests he is a good guy but in vain and soon taken away by her dad. Meanwhile, Madhav at his end is waiting for a friend, and soon he gets a hit by Shekhar’s man from behind. Shekhar was driving the bike and soon gets out and thrashes Madhav badly on his head and runs away. Madhav is taken to the hospital and remains in critical condition and his family learns the same. Shraddha at her end misses Madhav while he is on the hospital bed and he earnestly waits to hear from Madhav and is oblivious of the attack and health condition. Meiyang (the host) speaks that Shraddha was waiting for some considerable period and didn’t know of Madhav’s critical health situation. Shekhar tried to destroy love by attacking Madhav, and he was almost successful in his evil plans.

Soon after, Shekhar comes to Shraddha and apologizes to her and  speaks on convincing her father. He also wants to take her to Madhav and speaks of loving her and can do anything for her happiness. He asks her to come with him and few moments later gives her a big shock by revealing his true colors. He opens-up on his attack on Madhav to remove the hurdle in his marriage with her and calls her and her dad family as fools who readily believed him. He slaps her and after the hit she falls down on the floor and gets bruised on her head. Before he harms her more, her dad comes there to her rescue and asks Shekhar to leave since he understood his true face. But Shekhar doesn’t want to leave and soon her dad overpowers him and manage to thrash him on his head thereby stopping him.

Next, Shraddha comes to the hospital and finds Madhav lying on a bed and getting treatment. [Kaisi Bataye.. Haal -E- Dil song plays]. She breaks down after seeing him. Some time passes by and Madhav comes out of hospital but needs personal attention as he cannot move and sits on a wheel chair. She takes care of Madhav and helps him in making sure he eats food. She wants to help him by becoming his strength and keeps hope that he will get fine with her love and support.

Meiyang speaks that Shraddha and Madhav become one finally and they overcame Shekhar’s efforts and deceit. Madhav got a new phase of life due to his love with Shraddha. Meiyang signing off speaks on how two incomplete people sometimes complete each other.  He also tells viewers to share their opinion on what they would have done if they were in place of Shraddha and Madhav, using the hashtag #PTKK on Zing TV’s facebook & Twitter pages.