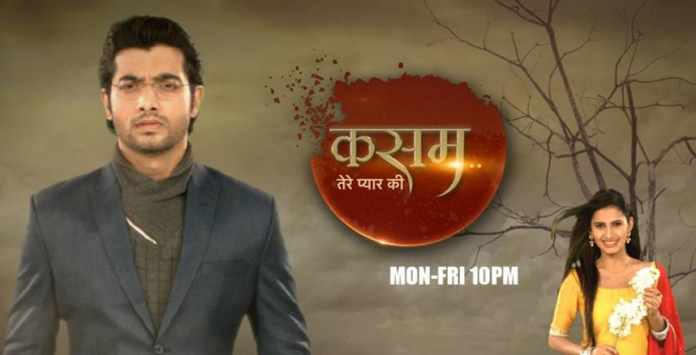 Tanuja is working as Rishi’s employee. It’s Manpreet’s birthday celebrated at office. The staff asks Tanuja to take cake for Manpreet, after discussing who will go inside Rishi’s cabin. The staff members are tensed to go to Rishi and send Tanuja there as she has newly joined. Tanuja takes cake for Manpreet and accidentally Rishi pops up from under the table. The cake gets spoiled.

Rishi and Tanuja hold a cake. The cake gets on Tanuja’s face, as Rishi collides with her suddenly. The cake gets on Rishi’s face too, and he scolds Tanuja. Rishi does not recognize her. Tanuja identifies Rishi by his voice. Tanuja was already tensed for her first day at office, and gets worried facing Rishi. She gets to know she is hired as Rishi’s secretary.

Rishi asks from where did the cake come and cleans his clothes. He asks her is she mute or deaf, and answer him. His mood gets spoiled. He shouts on her and she runs out of the cabin. Tanuja cleans her face and packs her belongings. The staff asks Tanuja to run away, Rishi is coming to find her. Tanuja rushes out of the office, while Rishi asks staff about her. Rishi misses to see her once again.