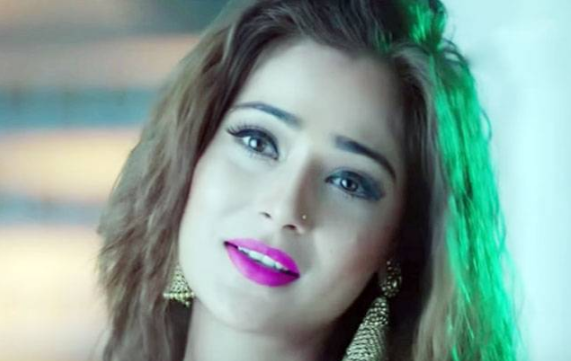 Rajbeer is fooling Shakti by acting as a ghost. Rajbeer has taken ghost’s disguise. He drags Shakti and hangs him in the air. Shakti’s wife Natasha is also supporting Rajbeer. Shakti tried to kill Natasha. She wants Shakti to admit all his crimes. Shakti tells Rajbeer that he did not do anything. Paridhi is supporting Rajbeer. Shakti does not know Rajbeer and Natasha are alive. Rajbeer asks Shakti did he think he will take property after killing him. He scares Shakti. He wants to tell everyone that Shakti is Saudamini’s son. He wants to expose Shakti and then deal with Manjulika.

Shakti is tensed and is scared of Rajbeer and Natasha’s ghosts. Manjulika has come out of the ring. He asks Manjulika to save him. She says I m a spirit and can see ghosts. Shakti asks her to see the moving chairs. She is unable to see Rajbeer and tells Shakti that she can just see moving things. Shakti tells her that Rajbeer’s powers are higher than her. She does not understand what’s happening. She asks where are the ghosts and calls Shakti mad. Manjulika gets Paridhi and asks Rajbeer to leave Shakti, else she will kill Paridhi. Paridhi acts ignorant and asks Rajbeer to come infront of her, as she is dying to see him. Rajbeer leaves Shakti seeing Paridhi in danger.