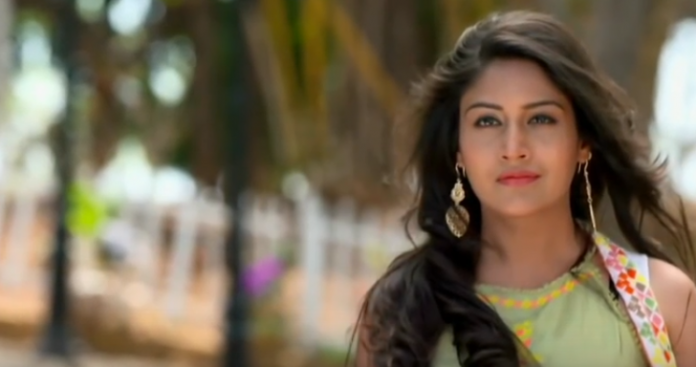 Shivay comes back to point zero. Omkara feels Tej and Shakti and washing their sins in Vaishno Devi. He tells about his doubt on Tej. Rudra argues with Omkara. Shivay reminds them, one for all and all for one. Shivay says we have to take a stand for our dads. Anika suggests them to get new lead from CD. She praises herself for finding poster.

Anika says that girl would be alive, if she was alive till last month. Shivay asks how to find the girl. Rudra says we will find poster and then its location, to find the girl. Everyone praise Rudra for a wise suggestion. Rudra gives his sharpness credit to Anika. Anika is sure that Sahil will give the idea, he is very sharp and genius. She calls Sahil and keeps on speaker. Sahil calls Shivay as Bagad Billa. Anika asks him to talk well, as he is on speaker. She takes Sahil’s help. Everyone laugh hearing Sahil’s version. Sahil imagines Soumya hearing her name. The cutie kid’s scene gets hilarious.

Sahil thinks to help Anika infront of Soumya and become hero in Soumya’s eyes. Anika asks him to check poster and say its location. Sahil checks it and identifies the poster. Sahil calls Shivay as Tadibaaz. Omkara and Rudra like Shivay’s new nickname. Sahil says the area can’t be known. Shivay jokes on Anika’s belief on Sahil. Sahil finds some clue below the poster. Sahil gets praised. Sahil asks Shivay about him and Anika. Shivay agrees to believe Sahil’s intelligence. Sahil starts knowing Soumya’s likes. Anika disconnects the call to stop Sahil’s chattering.