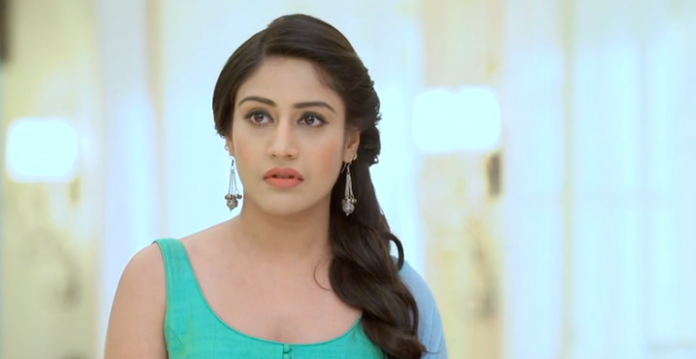 Tej and Shakti are on the way back home. Shivay informs them that all charges are cleared because of Anika. He praises Anika to be too smart. Tej tells Shivay that he will personally thank Anika. Anika hears Shivay and asks does she look stupid. He asks did you not hear how I praised you. Anika argues with him.

She praises herself and tells Shivay how she has followed Shilpa like a skating bunny and caught Shilpa. She enacts the scene and falls over Shivay. She tells Shivay that he never thanks her. Shivay reminds he thanked her. She reminds the drunken moment. He asks her not to discuss about the party as decided. He reminds he thanked yesterday even in car. Anika says that was because it was my last day. She tells him that she will wait for him to thank her without any pressure. Tej personally thanks Anika. He tells her that Shivay told police, that Anika is part of their family. Anika tells them that she just did her duty. Tej really believes Anika is part of their family. Anika gets emotional.