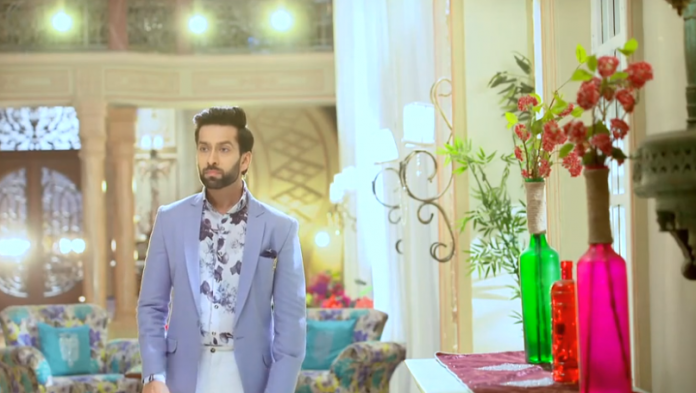 Shivay is annoyed with Anika for creating the confusion. He worries what would be Dev thinking. Anika tells Shivay that her lead was half right, just the name of the guy was wrong. She asks Shivay not to worry, as he did not create any mess. Shivay asks her to be tight lipped from today. Anika names Shivay as Jwalamukhi Oberoi.

Gayatri calls Shivay and threatens to settle scores. Shivay tells her that he will find her from anywhere. Mr. Chabbra suggests to keep the Roka ceremony before they leave for LA. Oberois agree. Omkara finds Shivay lost in some worry.

Anika tries talking to Shivay, and he leaves acting rude. She worries and tells Omkara that they can’t find Shivay’s mood. Omkara asks the problem. He notices Shivay is worried by the phone call. Shivay informs commissioner Kadam about Gayatri’s threatening on call. He then calls Khanna and asks him to trace Gayatri’s call.

Omkara and Rudra try to find out Shivay’s worries. Rudra tells about Priyanka liking Dev. Omkara offers support to Shivay and ass him not to face worry alone. Shivay asks them to relax, there is nothing which he can’t handle.

More on Ishqbaaz below