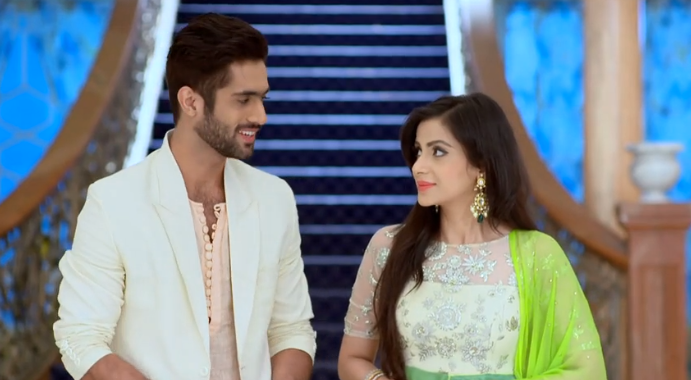 Dev agrees with Shivay’s question and does not blame Shivay. He apologizes to Priyanka. Mr. Chabbra says Dev is his blood, Dev is not illegitimate, Dev’s mother died a year ago and he then got Dev to stay with him. Mrs. Chaya Chabbra asks Shivay to judge Dev by his present, not past. Dev wanted to tell truth to Priyanka after Roka. Mr. Chabbra tries to convince Tej for the alliance. Tej agrees with Shivay and gives importance to Dev’s past. Tej apologizes and announces that this relation can’t happen. Dadi asks Mr. Chabbra why did he not say truth before. Shivay apologizes and feels sorry that their time got wasted and the matter ended now.

Dev thought Shivay will understand. Mr. Chabbra tells Shivay is doing a big mistake by refusing to this alliance. He asks Shivay did he just see Dev’s birth than his present qualification and nature. He advises Shivay not to make his mentality steep too low that he regrets later. Rudra requests Dev to talk to Shivay once. Dev wants to explain everything to Shivay, while Mr. Chabbra angrily walks off.

Priyanka is heartbroken as she started liking Dev. She tells Anika that what Shivay did was too unfair. Blood line and family background do not matter to Anika, but truth matters. Anika says Dev should have told truth before. She pacifies Priyanka and thinks to do something for Priyanka and Dev. Anika requests Jhanvi to give a chance to this alliance. Jhanvi says Shivay will not agree, as Chabbras have done wrong by hiding this big truth. What will Anika do now? Keep reading.