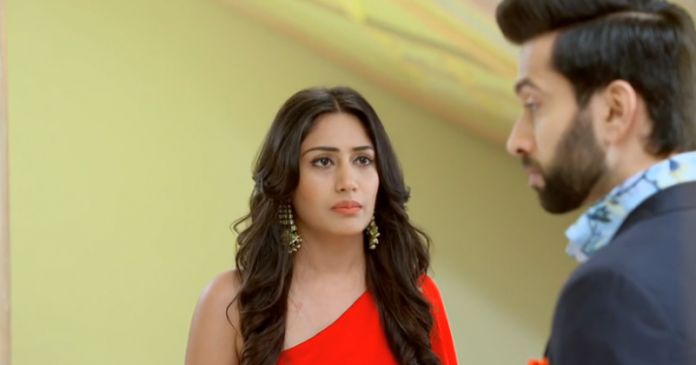 Pinky invites relatives in Shivay’s marriage. Shakti feels Shivay is not happy. Pinky is sure Shivay is happy, as this time he has taken decision himself. She feels lucky to get a pretty and educated girl from a good family for her son. On the contrary, Omkara and Rudra know Tia is not right for Shivay.

Meanwhile, Anika sees Shivay’s photo in newspaper and covers it. Shivay is everywhere, in newspaper and on tv. Anika switches off tv. She feels she is seeing Shivay everywhere. As she imagines, Shivay comes to her house to meet her. She tells him that he is like air, everywhere. He says the same as he is seeing her everywhere. Anika blames him to do this. He asks her why are they doing this, when they know this should not happen. Shivay asks her why is she thinking of him so much. He hugs her as per her imagination. Anika feels strange to day dream about Shivay. On the other side, Shivay too dreams of Anika and realizes his fast heartbeat. He wonders why is he thinking so much about Anika. He calls Tia to talk and divert mind from Anika.