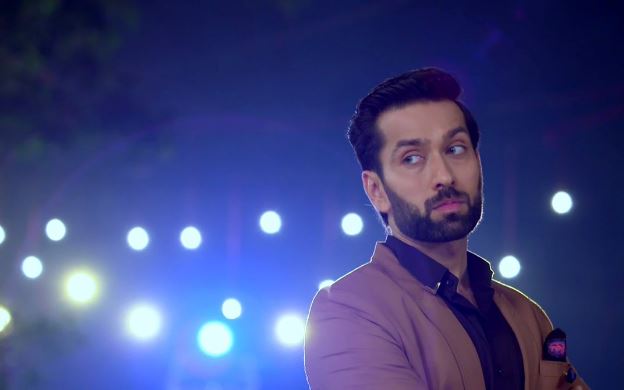 Anika gets Daksh to Oberoi mansion and asks him to start his work. Daksh smiles seeing the house, which makes her mistaken. She asks him does he want to increase pay seeing the house. Daksh laughs on her comic talk. Anika’s sweet nature and innocence makes him fall for her.

Anika tells Dadi to tell carpenter to work. Shivay comes to meet Daksh. Anika asks Daksh to call Shivay as Sir and scolds him. Shivay hugs Daksh and welcomes him. Anika calls Shivay mad to hug carpenter. Rudra clears that Daksh is Shivay’s childhood friend. Daksh tells the misunderstanding and how Anika got him home. Daksh gets a warm welcome by everyone. Daksh asks Anika her name. Shivay gives Anika’s introduction and tries keeping Daksh away. Anika shakes hand with Daksh, while Shivay’s breath stops. Daksh thanks her for the lift. Anika says sorry. Shivay gets jealous and takes Anika’s hand away from Daksh. Shivay and Anika argue over her mistake. Daksh enjoys watching them arguing. Daksh smiles and gets mesmerized seeing Anika.

Daksh offers help to Anika for the decorations, as he is an architect. Anika says she will manage on own. Shivay gets a shock when Daksh says I like Anika. Shivay spots Daksh with Anika and worries. Will he express his feelings? Keep reading.