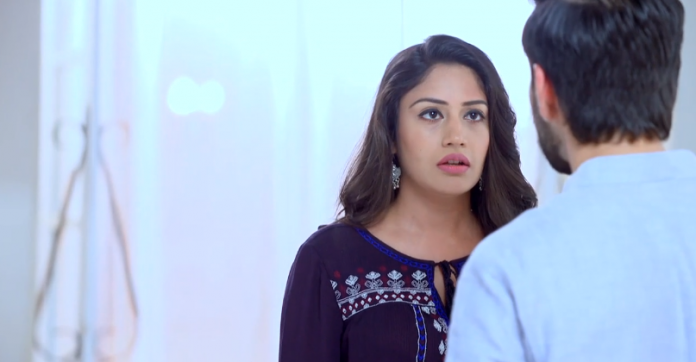 Anika gets to know Tia is already married. Shivay and Omkara practice for Shivay’s sangeet. Shivay teaches some dance moves to Omkara to perform in the sangeet function. Omkara asks Shivay to dance well, as its his marriage. Anika comes to them and breaks news of Tia’s marriage.

Shivay and Omkara get a big shock. Shivay asks Anika to stop this nonsense and gets too angry. Anika tells him that she has proof. She tells them that she is in all her senses and has photo proof. Anika checks her phone and sees the photo gone. She wonders how did photo get deleted. Shivay scolds Anika for misbehaving like this, by repeating the mistakes again and again. He asks her not to point on Tia’s character. Tia is hiding the evidence and cleverly fails Anika’s plan. Anika feels she can’t show proof to Shivay. Tia talks to Anika and shows her marriage photo. Tia admits to Anika how she fooled her, and now Shivay will never believe her. Anika gets angry and still trying to find proof. Tia has called Daksh to take revenge from Anika. How will Anika tackle the infamous T&D? Keep reading.