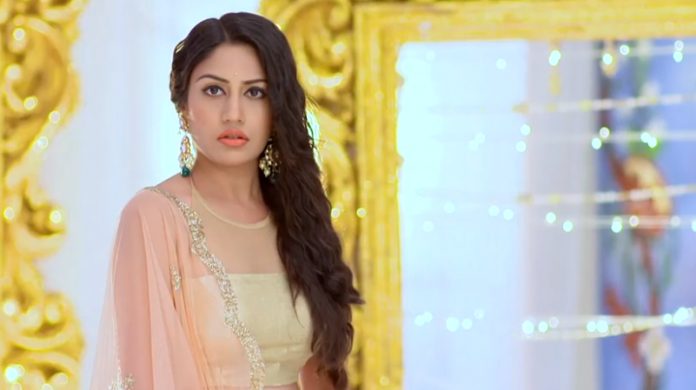 Shivay asks Anika why did she not inform him about the attack. Anika is hurt by his words and does not answer Shivay. Daksh tells Shivay that his heart told him that Anika is in problem.

Daksh says I have saved her from the stalker, but could not catch him. Shivay gets worried hearing of Anika’s problem. Shivay offers help to report to commissioner. Daksh asks Shivay to focus on his sangeet and Tia. Shivay is worried for Anika a lot. He keeps on asking her if she is fine. Anika says I m good and gets distanced from Shivay. Daksh asks Shivay to forget this matter as he is there to take care of her.

Tia and Daksh are executing plan well to fool Anika. Anika is hurt and even then works to fulfill her duties. Anika is strong enough to get up and walk, after the fall. Anika asks Pinky and Dadi not to worry for any arrangements. Jhanvi asks Anika to give song list to DJ for sangeet. Anika has done all the work before hand. Dadi asks for Dholki as she wants to sing and dance. Anika arranges Dholki too.

Tia tells about more number of guests coming. She tells Shivay about getting arrangements done at home. Shivay gives her money for the arrangements. Tia says I will inform Anika and make her do the arrangements. She stops Shivay from talking to Anika. Tia goes to create the big misunderstanding between Shivay and Anika. She throws money on Anika saying this is compensation and tips for the services she is offering them.

Tia tells Anika that Shivay is paying as she saved him by the one night stand lie. She asks Anika to take money and forget Shivay now. Tia humiliates Anika.Anika does not believe clever Tia and goes to check the matter with Shivay. Anika asks Shivay about the money. Shivay accepts he has sent the money to her. But before he could not answer for what it is, Omkara comes and takes Shivay along. Anika asks Shivay why are you doing this. Shivay leaves and this makes Anika assume that Tia said right. Anika breaks down by Shivay’s behavior. Anika makes her mind and says I can’t love Shivay, who disrespects her. Keep reading.