Anika keeps the bridal dress and cries. She has left Oberoi mansion and crying on her fate. There is tension in Oberoi family to tell the truth to the world. Dadi tries to explain meaning of marriage to Shivay.

Shivay does not accept the marriage and tells it’s a deal for him. Dadi scolds him and asks him what does he know if he does not differentiate between marriage and deal. She tells marriage is a relation of seven births, he can’t pay the price of sindoor. Dadi likes Anika and now when Shivay married Anika, she does not want to let Anika go like this. She wants to convince Shivay to accept Anika as his wedded wife.

Pinky refuses to accept Anika. Tej and Pinky argue and taunt each other over marriage. Tej asks Pinky to stop it. Pinky taunts Tej over his affair with Shwetlana. Dadi sees all the relations getting through huge ups and downs because of Shivay’s drastic step to marry Anika.

Shivay says I can decide whether I want to accept the marriage or not. He asks Dadi if she is feeling bad, he will pay Anika a big amount to settle her life. Dadi tells Shivay that relations are not such weak that any rich man can buy it easily. Omkara and Rudra are very disturbed seeing Shivay equating relations with money. Shivay asks Dadi not to tell anything, as its his marriage and he will decide for it. Anika was much hurt by Shivay’s words and left home as per his orders. 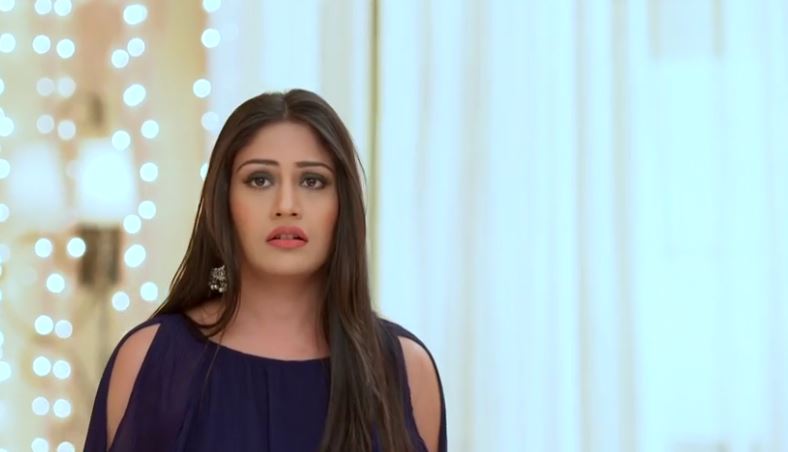 Dadi tries hard to convince him. Shivay asks Dadi not to interfere in his life. Dadi cries and breaks down seeing Shivay not changing his decision. She forces him to come along with her and get Anika back home. Tej asks Shivay to accept Anika to save their reputation, else more questions will be raised on the family.

Tej finds Dadi saying right. Pinky asks Tej how did he value a relation of marriage, when he could not manage his own marriage. Pinky digs Tej’s past and speaks hurting things. She asks Tej not to give his opinion, as it’s about her son’s marriage and she will decide about it.

The family gets divided into two teams with different opinions on supporting Anika or Shivay. Omkara and Rudra does not support Shivay, as they realize their brother is completely wrong this time. They support Dadi and ask Shivay to go and get Anika back. Omkara and Rudra send Shivay with Dadi to Anika’s house. Pinky opposes this and is determined to not accept Anika as her bahu, because of Anika’s poor status. Keep reading.