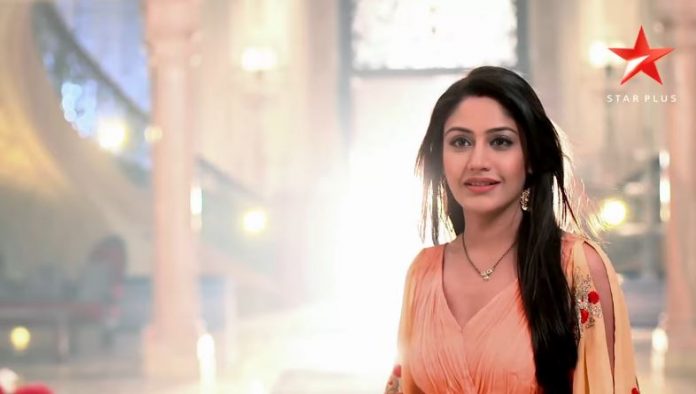 Doctor checks up Tia and asks the family to take care of Tia, as initial months of pregnancy are crucial. Pinky gets angry seeing Anika. Anika tries being helpful. Anika gets the food for Tia. Dadi tells Pinky that she got the food made. Shivay asks Tia to have the food. Tia refuses to have food and says it may have anything harmful for the baby.

Shivay asks her not to be scared. Tia thinks Shivay will feed her the food. He hands over the food to her and asks her to take rest after finishing off the food. He asks Anika to come along with him. Tia gets miffed seeing Shivay’s behavior. She calls up her mom to tell how their plan failed. Mrs. Kapoor can’t believe that Shivay did not make Anika leave on Pinky’s insistence. Tia tells her that Shivay supported Anika and did not listen to Pinky. Tia feels Shivay and Anika are each other’s biggest support. Mrs. Kapoor assures to make a big plan to separate Shivay and Anika.

Shivay is worried for Omkara and calls him up, while Tej is worried for Shwetlana who is missing since 24 hours. Shivay stops Tej from calling police. He tries to find out Shwetlana and doubts that she is responsible for whatever happened at home. Anika hears Shivay defending her. Shivay asks the security guy to find out about Shwetlana as soon as possible and not leak any information. He tells Anika is my wife, so I want the person behind attacks to be found out soon, I don’t want Anika to get hurt, or her life to fall in risk, Anika is very much important to me. Anika gets too happy hearing him. He orders the guy to find Shwetlana’s whereabouts.

Shivay asks Anika if she has to say anything. Anika thanks him for supporting her and believing her. He tells her that she has earned his trust and now their relation is based on trust, after all she is his wife and his responsibility till their divorce happens. He could not express his emotions well. Anika understands he is not able to say. He says I never turn face away from my responsibilities. Anika laughs. She calls him strange and wishes even Shivay had a helpful user manual, reading which she could understand him well. She asks why does he show attitude sometimes and why does he care for her so much. She calls him colorful, a man having many shades. Shivay gets impressed hearing her. He asks did you notice me so much. Anika blushes. Shivay realizes her growing interest in him. Keep reading.