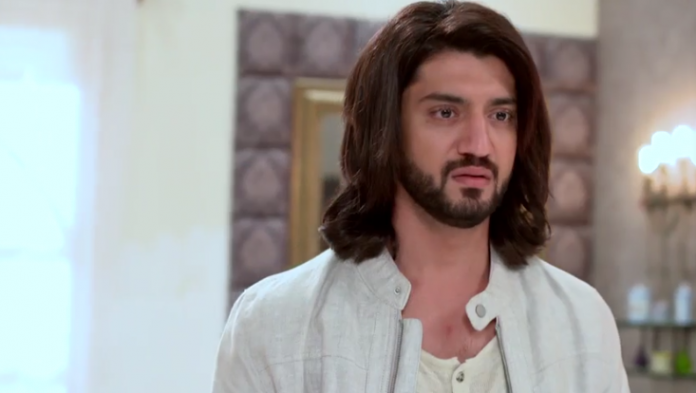 Shwetlana blames Omkara for molesting her. The Oberois receive a big shock hearing this. Shivay asks what nonsense is she saying. Shwetlana says I have proof against Omkara. She shows the recording to Tej and asks him to see what Omkara has done. Tej could not believe the recording and drops the phone, which lands in Shivay’s hands. Shivay sees the recording manipulated by Shwetlana to frame Omkara. Shivay angrily throws and breaks the phone.

Tej angrily slaps Omkara, by believing Shwetlana. He asks Omkara to answer them, why did he do this. Tej beats up Omkara right in front of everyone and is ashamed to call Omkara his son. Shivay stops Tej from beating Omkara further. Shivay shows his belief in Omkara. Shivay asks Tej to just stop it, how can you believe this that Omkara can do such a cheap thing. Tej asks Shivay not to interfere in this matter. Shivay says I will not believe even Lord if he tells this, and here just Shwetlana is saying this, I don’t believe this evidence. Jhanvi supports Omkara.

Tej blames Jhanvi for filling poison in Omkara’s heart against Shwetlana. He also blames Shivay for spoiling Omkara. Shivay tells Tej that Omkara is a good son, a good brother, who can just make them proud, and never ashame them. He regrets that Tej could not understand Omkara. He asks Tej to understand the difference between gold and brass. Shivay supports Omkara.