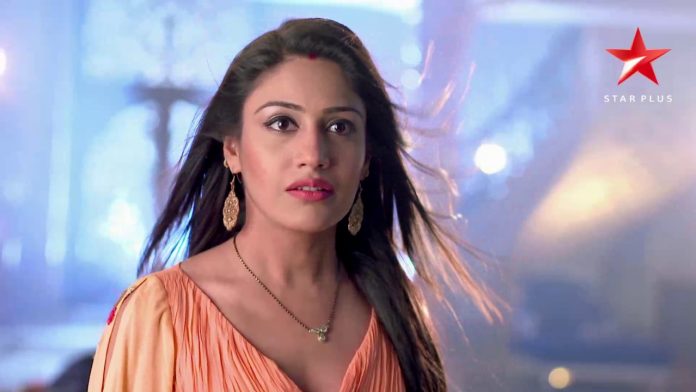 Anika gets away from Shivay. She leaves from the hospital. She stumbles on the way and gets hurt. Shivay falls short of breath at the same time. Pinky and Dadi shout seeing Shivay. Pinky asks the doctor to check Shivay fast. Doctor checks Shivay. Anika realizes Shivay’s life is slipping off. She doesn’t think anything and runs back to the hospital. Shivay’s heart pulse falls down. Doctor try their best to revive his pulse. Shivay does not respond. Anika reaches Shivay, but Pinky becomes a hurdle for her. Anika asks Pinky to let her see Shivay once. Pinky asks Anika why did she come when she was asked to leave. Anika requests Pinky to allow her just once.

Dadi asks Pinky to let Anika meet Shivay. Anika gets inside ICU and talks to Shivay. Doctor asks Anika to go out of the ICU. Anika does not listen and tries to awaken Shivay. She cries and asks him to talk to her once. Her tear drops work on him like before. He gets revived. Anika realizes their tear revitalizing life connection. Anika proves she is Shivay’s soul mate. Shivay’s pulse gets normal. Doctor tells Pinky and Dadi that Shivay is out of danger.

Dadi asks Pinky to see Anika, she pulled Shivay from death’s door, she is not unlucky for Shivay. She says we had fear of losing Shivay, but a wife’s belief has won today. Pinky gets speechless. Anika sits by Shivay’s side. Anika hugs Shivay and then gets away from him. Pinky sees Shivay’s stable condition. She turns polite to Anika, but asks her to get away from Shivay’s life. She begs Anika not to come back. Anika asks Pinky not to fold hands. She agrees to Pinky’s conditions and does not want Pinky to be sorrowful. She tells Pinky that she would have not come back if Shivay was fine, but she followed her intuition that Shivay is not okay and came running. Pinky asks her to get away from Shivay’s life forever if she really worries for Shivay. Anika says I will leave, just let me be with him for some time. Anika feels the pain of separation and sees Shivay for the final time.