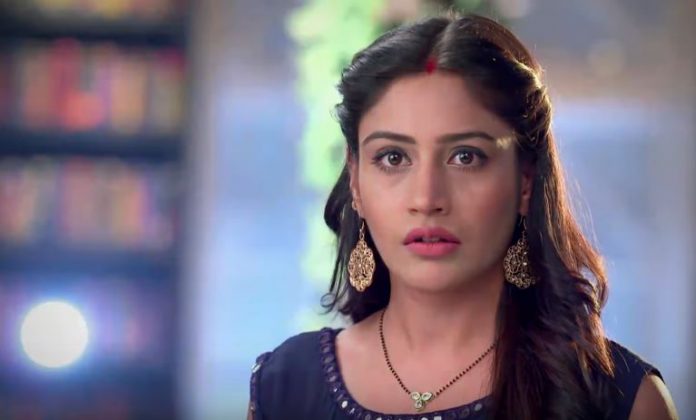 The family drama begins after Chaddas leave. Rudra feels bad seeing Soumya. Shivay asks Rudra what did he say without thinking. Rudra says I will marry Sonia. Omkara asks him how can he marry this way. Rudra says many people do arrange marriage. Shivay says its business deal and there maybe many complications, you are not prepared for this marriage. Omkara agrees with Shivay. They think to refuse to Chaddas.

Rudra says I m not a kid, I very well know what I m doing, you both love me and think I m a kid, I want to do something for family, I can’t see Omkara bending in pressure, I can’t see Tej breaking down, I agreed for both for them. Jhanvi says I know everyone has to marry, but reasons should be right behind marriage. Tej asks her why is she filling doubts in Rudra’s mind, when Rudra is doing something right for the first time. Shivay asks them to find some solution. Tej says there is no problem here, Chaddas and I are happy. Shivay asks is Rudra happy. Pinky asks why is Shivay talking in between.

Anika says Shivay is Rudra’s elder brother and he should talk to him. Tej asks her not to get involved in their personal matter. Anika says Shivay should guide Rudra in taking right decision, marriage is life’s big decision. She asks Rudra to understand, keeping marriage is tough. Rudra feels its his responsibility to share the family problems. Pinky insults Anika and wants to make her leave from home. Shivay asks Rudra does he want to do this marriage. Rudra says I m sure of it.

Shivay says if Rudra is fine with it, I m okay. Anika says Rudra does not know that girl, its not right. Shivay says Rudra has no problem, the girl is from good family, she is perfect match for Rudra. Pinky remarks Anika does not know about her blood and family. She calls Anika low standard girl, and disrespects her. Rudra declares he will marry Sonia. Tej decides to meet Chadda to fix marriage date. Anika observes Soumya crying. Anika finds out about Soumya and Rudra’s marriage.