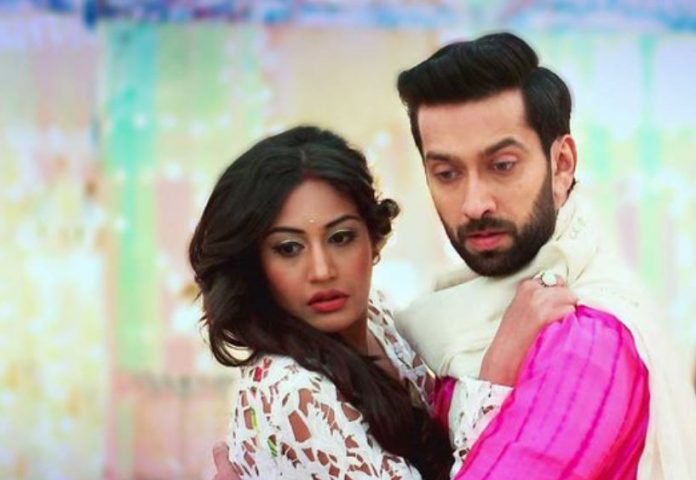 Anika and Shivay do not talk and still want to say something. Shivay sees Anika getting ready. He thinks Anika won’t be in his room from tomorrow and his heart sinks. Even Anika feels bad to get away from Shivay.

Shivay and Anika have silence in their relation, though they both have storm rising in hearts. Shivay calls out Anika from heart. Anika applies the sindoor for the final time. She gets her mangalsutra and drops it while seeing Shivay. Shivay’s heart cries when Anika is not able to feel his love. Shivay helps her and makes her wear the mangalsutra. Anika gets emotional.

Anika recalls their moments, which they have spent after her memory loss. Pinky comes and does tilak to Shivay. She asks Shivay to come downstairs. She asks Anika to do the work and sends her. Omkara and Rudra take Shivay. Tia’s friend comes there and meets Tia. She introduces her friend to Shivay. Shivay and Tia are going to get married. Anika feels lost. Rumi gets attacked by Mrs. Kapoor and falls down from the upper floor. Shivay reaches her and asks someone to call doctor first. Rumi gets unconscious. Everyone get a big shock seeing Rumi. There will be lots of drama in the marriage.