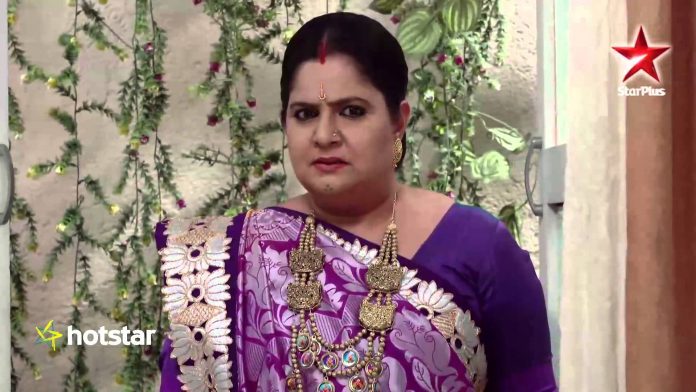 The thief Imli gives a fake crown to pandit and says it’s for Kanha ji. Pandit thanks her. She fools the pandit and goes to rob the safe. Gaura and Bhavani see Imli robbing the jewelry from temple’s locker. They get shocked seeing Imli opening the safe with ease. They see Imli running away with the jewelry. Imli manages to hide and get saved. The girls who helped her in entering the temple and playing the roles ask her for their payments. Imli acts fair to them and gives money to them, asking them to leave and not come back to the temple area. She asks them to hide till the matter is forgotten. Gaura and Bhavani witness Imli’s smartness.

Gaura says this girl has much talent. Imli comes in front of Gaura’s car. The pandit and others run after the girl to catch her, but Gaura and Bhavani help the thief and take her in their car. They have a plan to hire the girl for their motives. Gaura will use Imli against Modis. Modi family is already troubled by Ricky. What will Gaura do next? Keep reading.