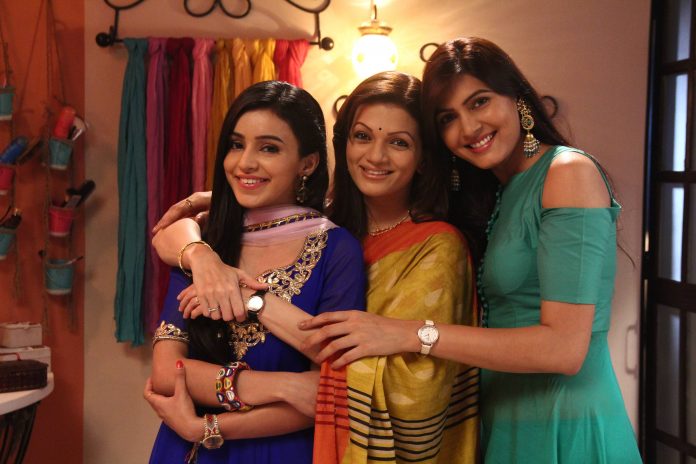 Meghna and Naina worry for Sharda and want to meet her. Dada ji asks them to stay at home. They wonder why did Dada ji not support them this time. Meghna apologizes to Nirmala. She says we both have to leave right now, we can’t do Aarti. Nirmala asks why do they want to leave. Naina says we are much worried for Sharda. Dada ji tells them that he spoke to Sharda in morning, and everything is fine there, it was a misunderstanding. He asks Meghna and Naina to meet Sharda, as he has called her here itself. Meghna and Naina get glad.

Dada ji tells them about the dance competition which he and his wife won before. He wants all his sons and daughter in laws to participate and win. Nirmala tells them that a NGO organizes this event, Bau ji wanted me and Nand to participate and win, but I could not fulfill his wish, because Nand never wanted to participate thinking he won’t be able to win if I m his partner. She says this year Meghna-Kunal and Naina-Karan can participate and fulfill Dada ji’s dreams. Naina and Karan got friendly, but Kunal is annoyed with Meghna. Meghna is sure that Kunal’s annoyance will end by this competition. Meghna and Naina look forward to the event which will make their terms better with their life partners.