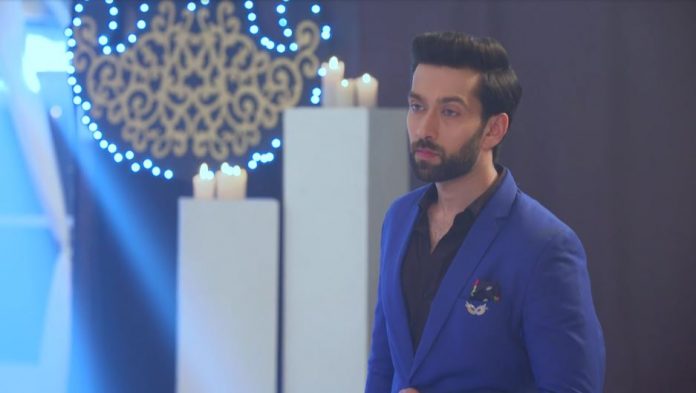 Media troubles Oberois asking the father of Priyanka’s child. Kamini tells Tej that he can’t buy her son. She refuses to make Priyanka her bahu, after getting the costly diamonds from them. She breaks the marriage. She asks Ranveer to come with her. Anika asks them to get lost. Kamini assumes Priyanka is insulting her. She humiliates the bride. She lifts the ghunghat to ashame the bride. She says Oberois have no good values and no shame. She gets shocked seeing Anika as the bride. The family stands by Anika. Anika asks Kamini did she get a shock now. Kamini demands an answer for this drama. Anika yells on Kamini.

Mahi knew Shivay and Anika would do something. It happens as he was fearing about. He gets to see the tracker in his clothes. He understands Shivay has planned this to keep an eye on his moves. Kamini asks everyone to answer why Priyanka is not present here. Pinky asks Anika to count Kamini’s mistakes and show a mirror. The family stands united. Tej warns Kamini to stay in her limits. Anika tells Kamini that her solid plan failed. She explains how Shivay fooled them by taking Mahi’s place. She praises Shivay, who could do anything when it comes about his family. Kamini gets revengeful and takes a step to kill Shivay.