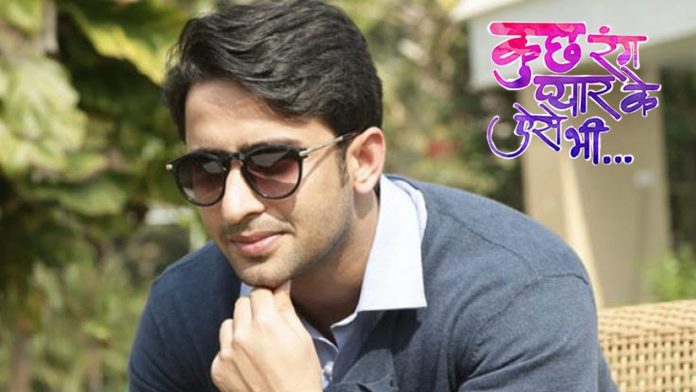 Dev is much hurt recalling how badly behaved with Ishwari. He wishes Ishwari forgives him. He says Ishwari just wanted to see me successful, but I m so useless, I could not return to my mum when she needed me. Sonakshi sits by her side and consoles him.

Dev cries seeing Ishwari’s photo. He says I have made my mum cry a lot, I gave her sorrows and did not share her pain, I could not do anything to help her, I m a bad son. He tells Sonakshi that he has realized now that he is hurt Ishwari a lot. He got to know a big truth about Ishwari. He says mum has done theft, she has committed a crime by killing her self esteem only for us. She used to work in people’s houses as servant to earn a living, but our responsibilities made her so helpless to do such a bad thing. He says how did mum stay with such a big burden on her heart, she never said anything when this secret has hurt her so much, she was always quiet. Sonakshi explains Dev that he is a perfect son, its not late, he can still support Ishwari, he is everyone’s strength, everyone loves him.

Suhana wanted to cut the anniversary cake with Dev and Sonakshi. Dev was crying thinking he is a failed brother, son, husband and father. Sonakshi explained him not to feel so and takes him to Suhana. Sonakshi and Suhana cheer up Dev. Dev and Sonakshi’s romance will be seen. Suhana has brought them together. Dev and Sonakshi celebrate their wedding anniversary. Dev runs to smear the cake on Sonakshi’s face. Sonakshi runs away to get saved. Suhana helps Dev and catches Sonakshi. They both smear cake on Suhana’s cake as well. They have a happy time.