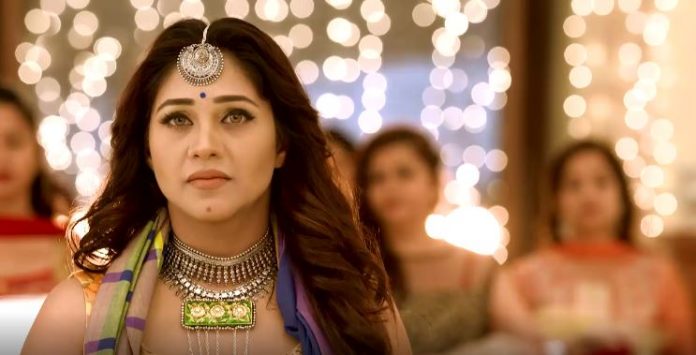 Shivay beats up Ranveer with a warning. Omkara too vents out his anger. Priyanka gets concerned for Ranveer. Ranveer begs them to forgive him and give him a chance. He asks them to let him marry Priyanka, as he loves her a lot. Ranveer gets wounded. He tells Priyanka loves him and cares for him. Shivay gets hurt knowing Priyanka lied to him. Anika tries to take Priyanka’s side, but Shivay asks her not to talk in between. Pinky gets an opportunity to use Priyanka and break Shivay-Anika. Shivay asks Ranveer to leave from the house. Ranveer is sure that now Priyanka will definitely fall in his trap.

Shivay convinces Pinky to come for the mehendi function. He tells Pinky to forgive Anika and apologizes to her. He tries to mend the relations. Anika apologizes to Pinky. Pinky acts in front of Shivay. She shows fake emotions and hugs Anika. Pinky threatens Anika, shockingly. Shivay get thankful to Piny for having a big heart. Anika realizes Pinky did not change. Pinky’s hatred still stays the same. She plans her next move and contacts Kamini. She asks Kamini to help her in her plans, then she will help him in uniting Priyanka and Ranveer.