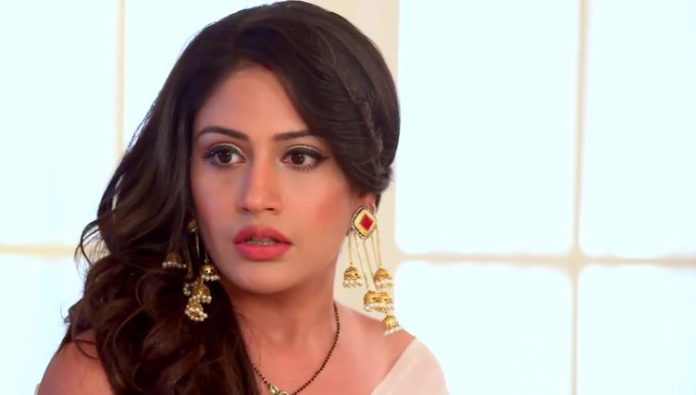 Anika and Shivay have few happy moments, which get ruined by Pinky. Anika feels her fate is bad, as sorrow ruins happiness always. She realizes Pinky is ruining Shivay’s happiness. She thinks to do something that makes Shivay hate her, so that he does not regret her leaving. She thinks of hurting Shivay’s emotions, so that he hates her. Pinky interrupts Shivay and Anika’s romantic moment. Shivay wants Pinky to leave from their room soon. He asks her to give gift to Anika in morning. Pinky intentionally spoils Anika’s mood and taunts her by showing a bigger necklace for Gauri. Anika creates a huge drama and fights with Shivay. He asks her how did she get interested in jewelry.

Anika tells him that Pinky insulted her by doing this. She asks him to make Pinky apologize to her, as she is wrong. She asks why does Pinky not respect her. Shivay tries to cool his anger. He apologizes to her from Pinky’s side. Shivay fails to convince her. Anika leaves from the room, and disrespects his emotions. Anika feels sorrowful to hurt Shivay. She distances herself from him. Shivay gets clueless about her behavior. Anika finds it hard to stay away from him. She cares for Shivay. She initiates her plan to get away from Shivay’s life.