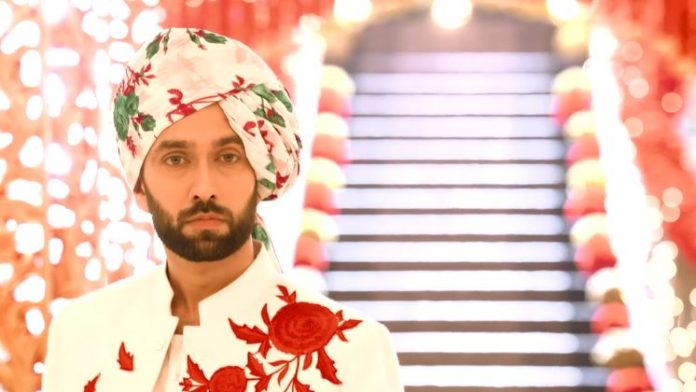 Shivay looks for Anika, feeling her presence. Shivay stops the car in the middle of the road, while an auto driver pushes him and talks with disrespect. Shivay does not answer back. He leaves from there silently. Anika finds Shivay unwell. She gets into a fight with the auto driver. Shivay hurriedly drives home. He reaches home and feels more troubled by the congestion. Anika calls up Rudra and asks him to check Shivay quickly, he looked much unwell.

Rudra goes to Shivay’s room and finds it locked. He breaks open the door and gets a shock seeing Shivay lying on the floor. Shivay suffers from a minor heart attack. It becomes a sensitive matter for the family. Anika asks Rudra to pay special attention to Shivay and not leave him alone. Rudra assures her that he will be with Shivay. Shivay recovers by the treatment. Shivay sends the family members away. He misses Anika. Rudra makes a video call to Anika and shows Shivay to her. Rudra hugs Shivay. He drops his phone in the room. Anika sees Shivay. She cries seeing him in sorrowful pain. Shivay and Anika feel lost and gloomy without each other.