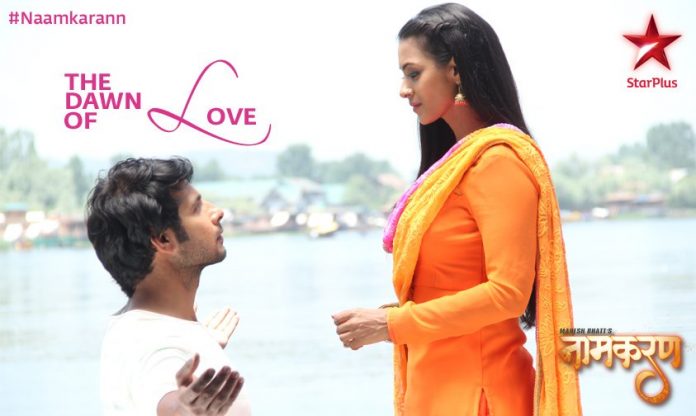 Avni prepares the food for family. Neil comes to help her out. He compliments her for learning things so quickly. Avni does not want Neil to worry for anything. She tells him that she has made breakfast today. Neil gets hurt by the tadka smoke in kitchen while Avni cares for him. Neil asks Avni to finish work fast and then they have to go out and meet Mitali. Avni hurriedly cooks Poha for Shweta and Bebe. He reminds Avni about their meeting. Avni gets emotional recalling Aisha, teaching her to cook Poha. Avni has to take revenge of Aisha’s death. She does not know about Ashish’s death till now. Neil cheers Avni. Neil and Avni have a romantic moment.

On the contrary, flashback scene will be showing Ashish’s death cause. Ashish got to know that Dayavanti had murdered Aisha and Avni is innocent. Ashish wanted to go to Avni and apologize to her. He tells Dayavanti that he will he telling the police about her crime and get her punished. Dayavanti asks him did he go mad in love. Dayavanti does not let Ashish go to Avni. Dayavanti stops him from leaving, which makes him have a fatal fall. Ashish suffers a head injury and dies on the spot.

Ketan tells Dayavanti that Ashish has died. Dayavanti can’t believe her son has left her forever. She asks Ketan to call doctor fast. Ketan tells her that Ashish has really died. Dayavanti says I have killed my son and cries. Ashish dies by Dayavanti’s mistake, when they get into an argument over Aisha’s death. Ketan witnesses the crime and also supports Dayavanti in hiding their crime. Avni will be realizing Ashish’s death truth with Neil’s help. Ashish was asking his servant to record his message for Avni. He wanted to make Dayavanti accept the crime and then send her to jail. Avni will be getting the video clip recorded by Ashish, and get Dayavanti punished for Aisha and Ashish’s murder.