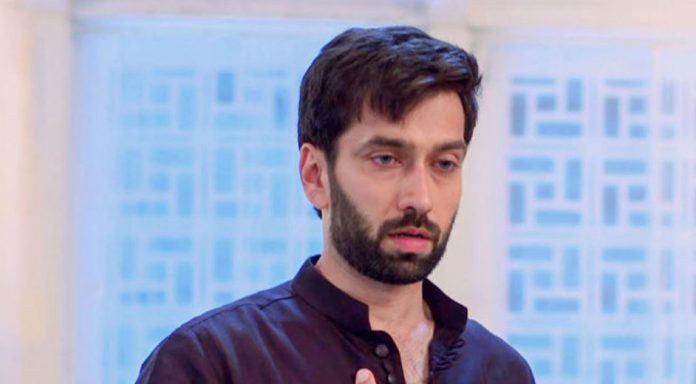 Shivay misses Anika a lot. Whenever the family members mention her, Shivay gets lost in Anika’s memories. Anika calls Shivay to know about Omkara. He gets hurt hearing her voice. All the past moments flash in his mind. Shivay meets with an accident. Ragini helps out Shivay. He recalls Anika again and again. Ragini gets him home and gets a kada medicine for him.

Shivay thinks of Anika, who always suggested the home remedies for him. He used to refuse to have any kada made by Anika. In the flashback moment, Anika tells Shivay that its desi medicine with no side effects. Shivay dislikes the taste and avoids it. He does not want to consume any medicine randomly. She says its better than your costly medicines. She thinks of returning the medicines at the chemist and get the price back. Shivay tells her that he does not want any magical herbal kada. She insists and says he has to drink it.

Shivay does not drink the kada and thanks Ragini for her help. He gets saddened and spends some time with himself. Ragini insists Shivay. Shivay stops Ragini and calls her Anika. Ragini gets angry hearing Anika’s name. Ragini and Pinky will play games, and keep Anika away from Shivay.