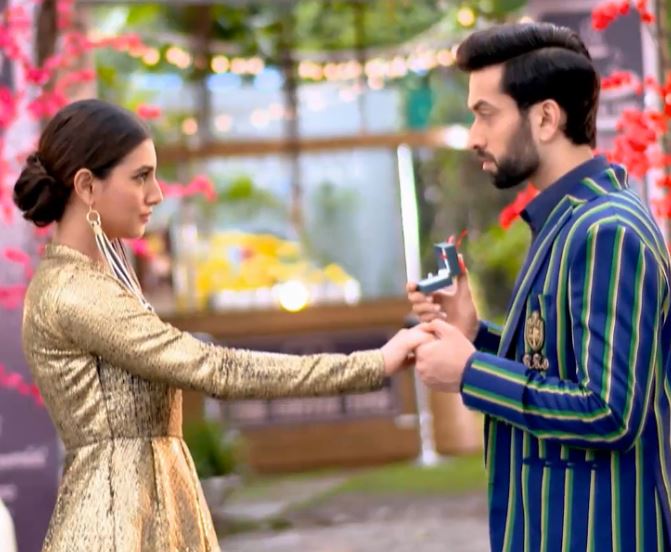 Shivay’s name gets defamed by the news of his affair with Ragini. Shivay does not care for the rumors. Pinky asks him to think of Ragini, her engagement can’t break. Shivay does not care if Ragini’s engagement breaks. He has seen his marriage breaking and changed a lot. Dadi feels their old Shivay has gone along with Anika. Dadi and Pinky worry for Ragini. Ragini spreads the rumor to build up pressure on Shivay. She does not want Shivay to get away from her.

Ragini then injures herself to put the blame on her boyfriend. She then informs Shivay about her engagement breaking, and her boyfriend torturing her by the rumours. Shivay does not melt for her, and decides to send someone to Ragini on his behalf. Ragini gets angry seeing her plan failing. Shivay learns about Samar. He asks Khanna to get all the info about Samar and his business. On the other hand, Kamini blames Priyanka for burning her by the hot iron. Ranveer gets angry on Priyanka for her carelessness. Priyanka fails to prove her innocence to Ranveer. Kamini rejoices seeing the differences growing between them.